The maroon and whites travelled down the M6 to take on unbeaten table toppers Oldham and put in a tremendous performance to earn a draw.  Before the game if a draw had been offered we would likely have taken that as a result, however it shows the spirit shown that we would be so disappointed that a last kick off the match penalty goal from Oldham meant the game finished all squaare.

We started the game well and applied some good early pressure, as usual props Jason Priss and John Donnan were taking the ball up well and looked to have made a perfect start when captain Danny White forced his way over, however, the ref spotted close range crossing among the forwards.  At this point the game was delayed for some time when it was realised the Oldham hooker was laying on the ground in back play.  It was not at first known what had happened but it would appear to be some form of heart scare, an ambulance was called to take him to hospital and all involved at Hawcoat Park extend to him all our best for a speedy recovery.

Oldham picked up the play better after the delay; they are always a powerful well coached team who play as collective unit.  For ten minutes they applied constant pressure going through many error free phases, it was only some good defence that kept them at bay.  The back row of Will Mallinson, Mike Lightfoot and Jonny Burrows were working overtime but eventually a gap was created for their back row to touch down near the posts for a converted try, 7 – 0.  We came right back and fly half James Howden booted over a good 35 metre penalty goal, 7 -3.

Oldham had the wind advantage in the first half were kicking well to pin us back in our own half and through their three quarters looked dangerous every time they looked to move the ball.

When our clearance kick missed touch on about the half way Oldham kept the ball live down the wing and following some good support play between forwards and backs their centre finished off an excellent try which was converted, 14 – 3.

It was all Oldham at this time, their very good half back play pairing at scrum half and fly half were controlling the play and whilst skipper White was having a yellow card 10 minute rest Oldham took advantage and scored another well worked try moving the ball out wide well for their winger to finish off again the try was converted 21 – 3.

As half time approached we scored a vital try which against the wind had to be earned by some strong play by all the pack.  Hardworking hooker Adam Grainger did the ground work, props Priss and Donnan battered away at the line before the outstanding second row Ashley Mowat forced his way over.  The conversion was just missed.  Half time 21 – 8.

The early exchanges of the second half were even, Oldham knew they were going to have to work hard up front with us now having the wind advantage and Scott Kaighan and Howden making good use of the same.  Our pack slowly but surely were getting on top with both the line out and scrum going very well never an easy task against the always powerful Oldham pack.  Replacements Ryan Milner and Andy Kent came on and made an immediate impact with young Milner making good round every time he touched the ball.

After 15 minutes of the second half, outstanding skipper White took it upon himself to get us back into the game with an individual try.  He ran hard onto a crash ball 30 metres out to burst through for the touch down, which Howden converted well, 21 – 15.

Although at this stage we were managing to successfully starve them of a regular supply of ball by controlling proceedings up front the Oldham backs always looked dangerous.  A really good ‘training ground’ move involving fast hands and a run around created space for their full back to burst into the line to score out wide 26 – 15.  Soon after Mowat showed his fitness levels to somehow cover over into the corner to support Glenn Kaighan and stop the Oldham winger scoring what appeared to be a certain try.

We got back into the game with an excellent try, young scrum half Jack Shannon was having a solid game against a very good opposite number he recycled the ball a great long pass by White got the ball to the long striding Mowat in space he drew the cover before passing inside to the supporting Scott Kaighan to score near the posts, Howden converted 26 – 22.

With 10 minutes remaining we took the lead for the first time with another very good try.  Centres Chris Burns and Grady Slater combined well; Mallinson was the link before the excellent Scott Kaighan burst through to draw the over and slip a good pass to young winger Will Coles to finish off well for his first try in a first team shirt.  With the promise he is showing as he starts his senior career it will not be his last!  Howden booted over a great touchline conversion 26 – 29.

The last 10 minutes were frantic, Oldham stepped up their game as we attempted to control the ball up front and run the clock down.  Unfortunately for us right at the end Oldham were awarded a penalty and with the last kick of the game booted over a 35 metre penalty goal.

Whilst disappointed not to win the game, this was a performance that everyone of the squad can feel very proud and will hopefully be a confidence booster for the important home game against Aldwinians next week.

A word also for Manchester Society referee Kieron Henry who controlled the game very well.  Talking to him he had refereed a grammar school game in Lancaster on the morning of the game.  With a shortage of referees in our area at times we do not appreciate the commitments they show and just how important a role they play. 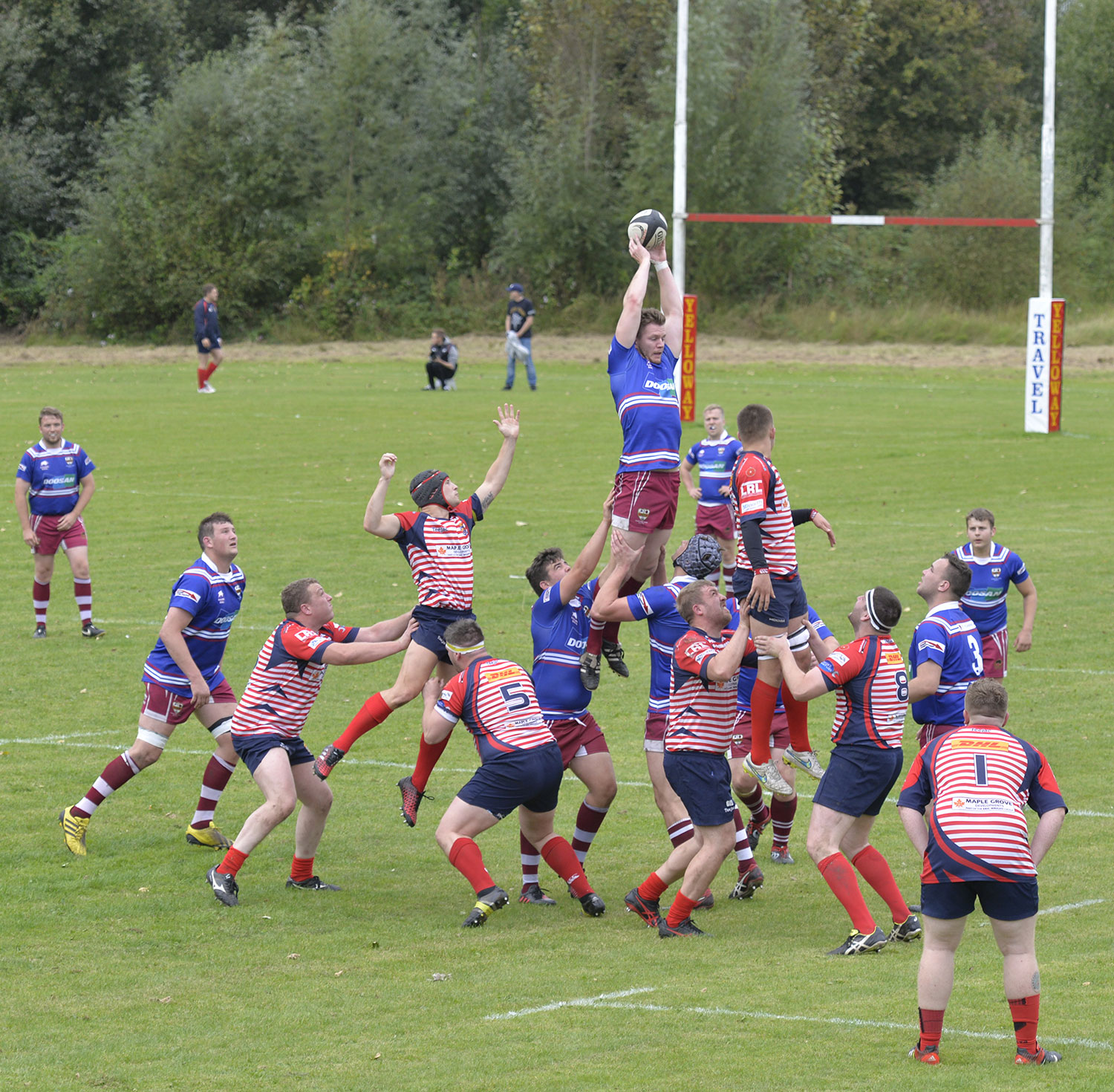 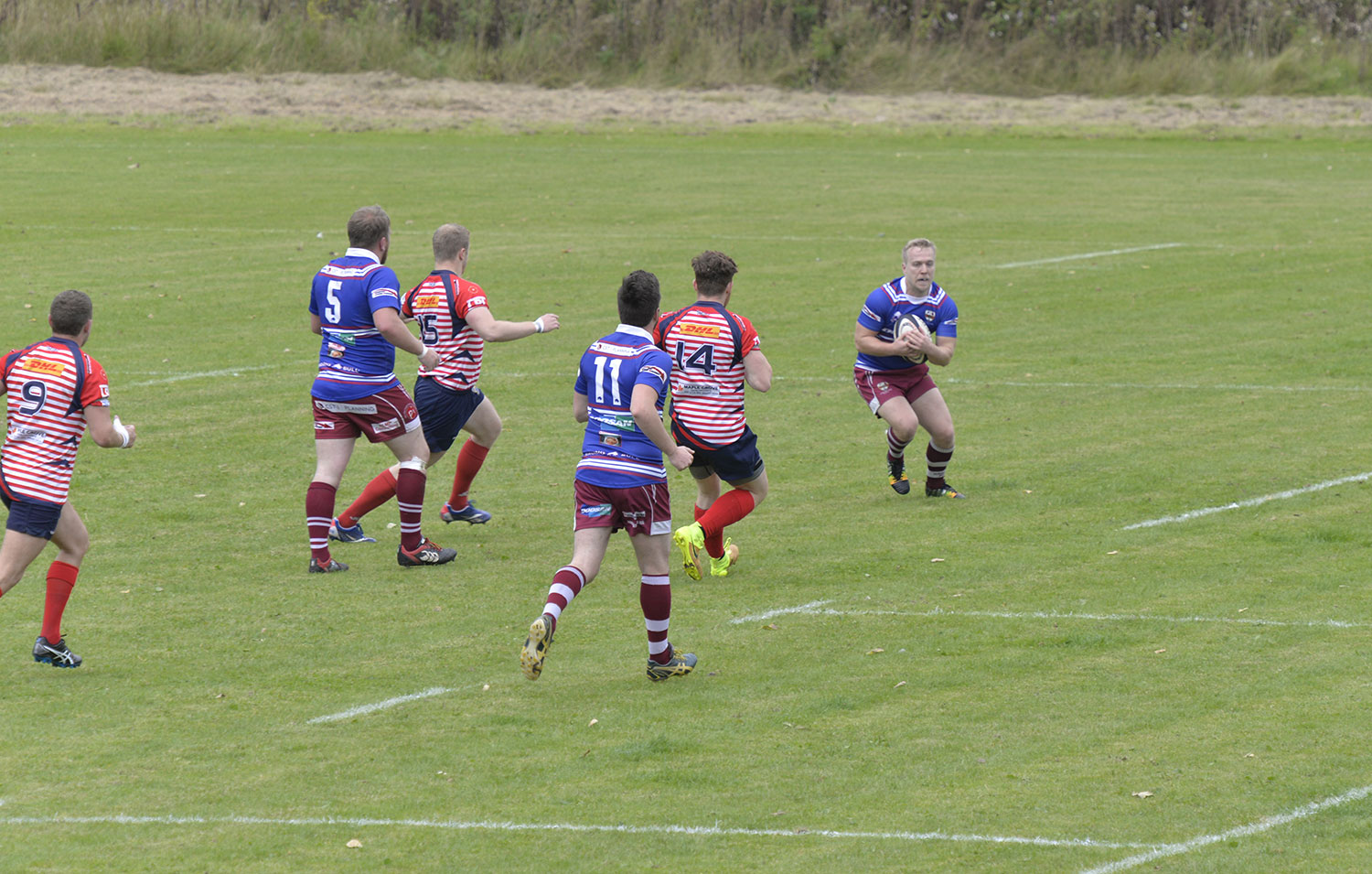 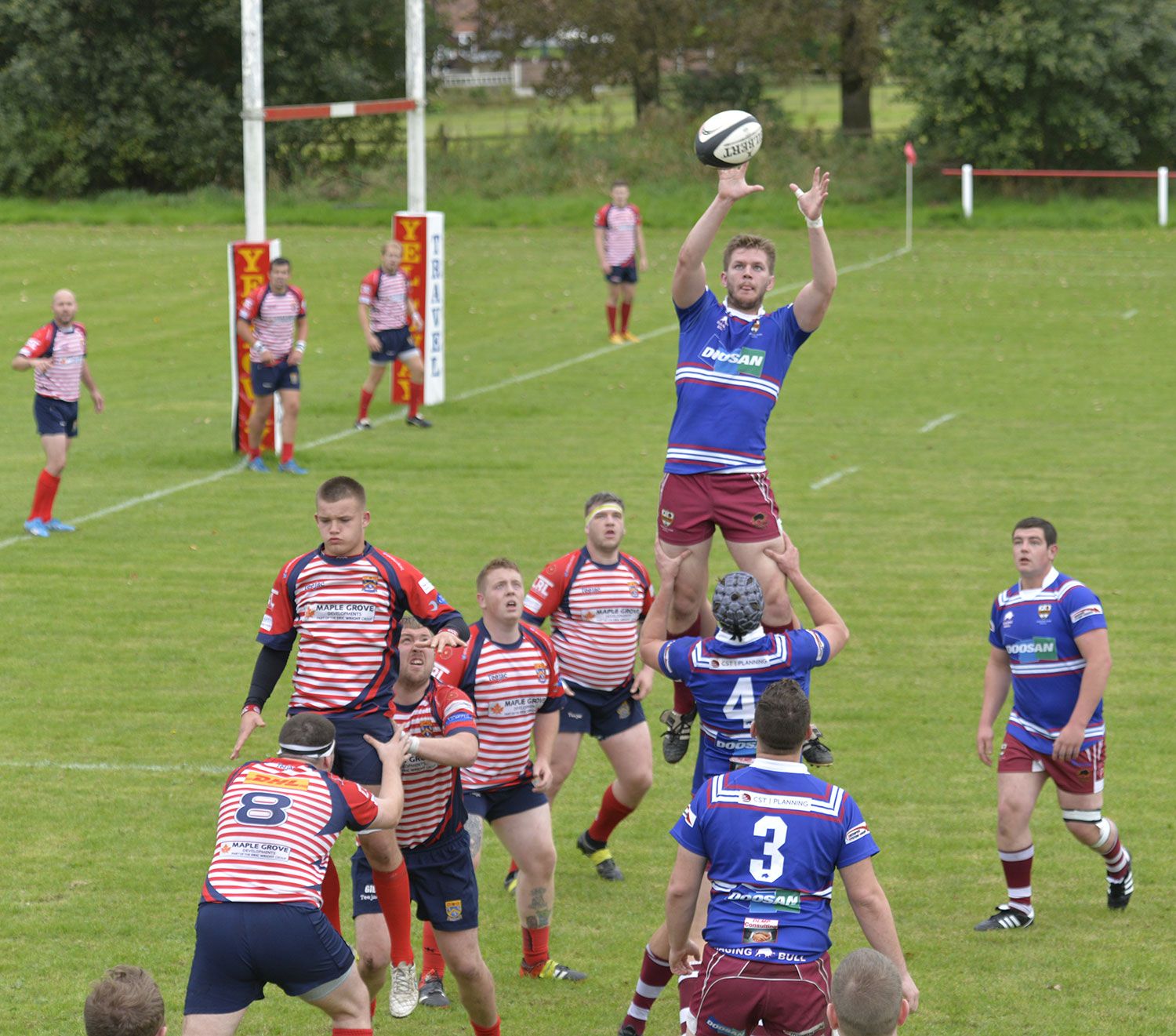 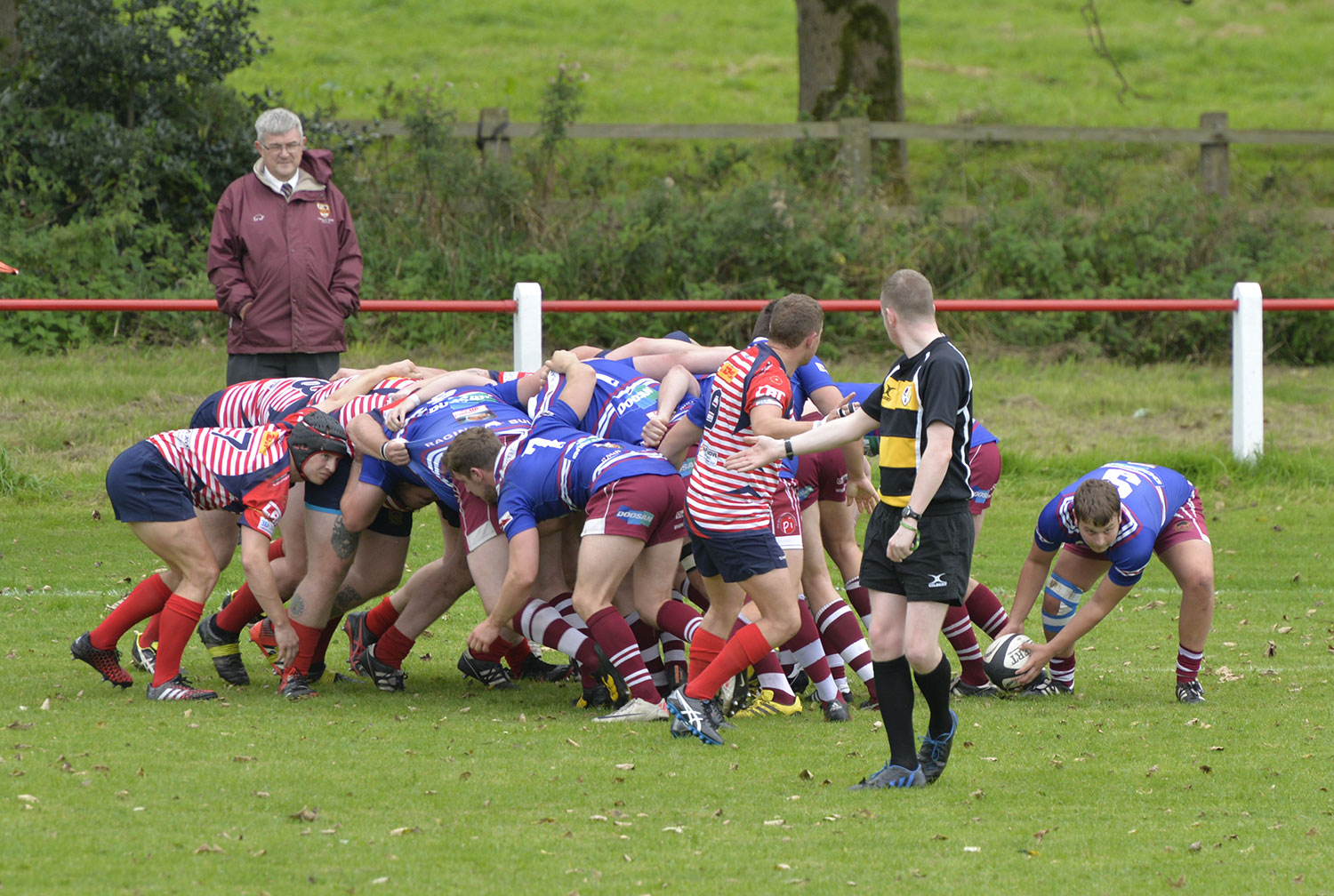 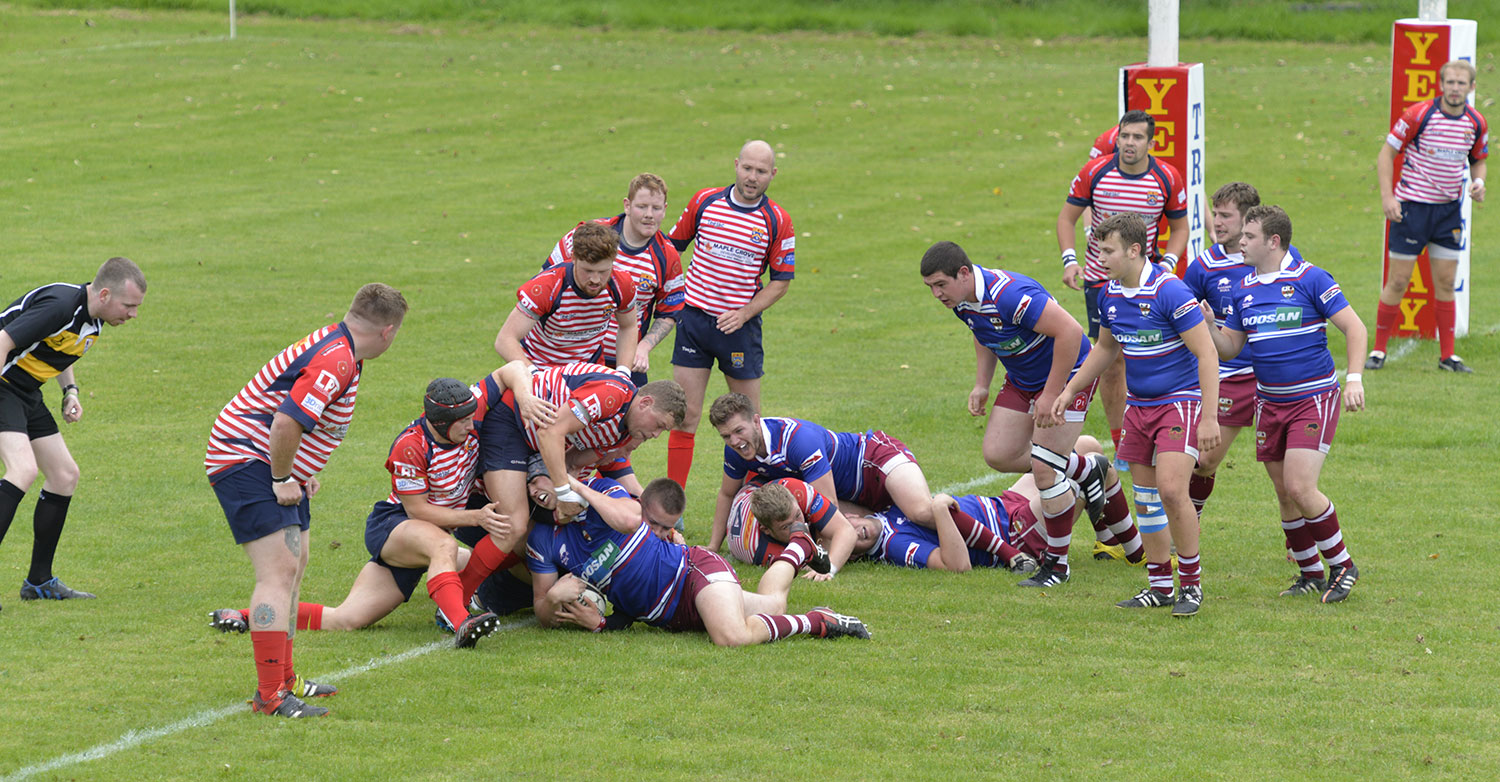 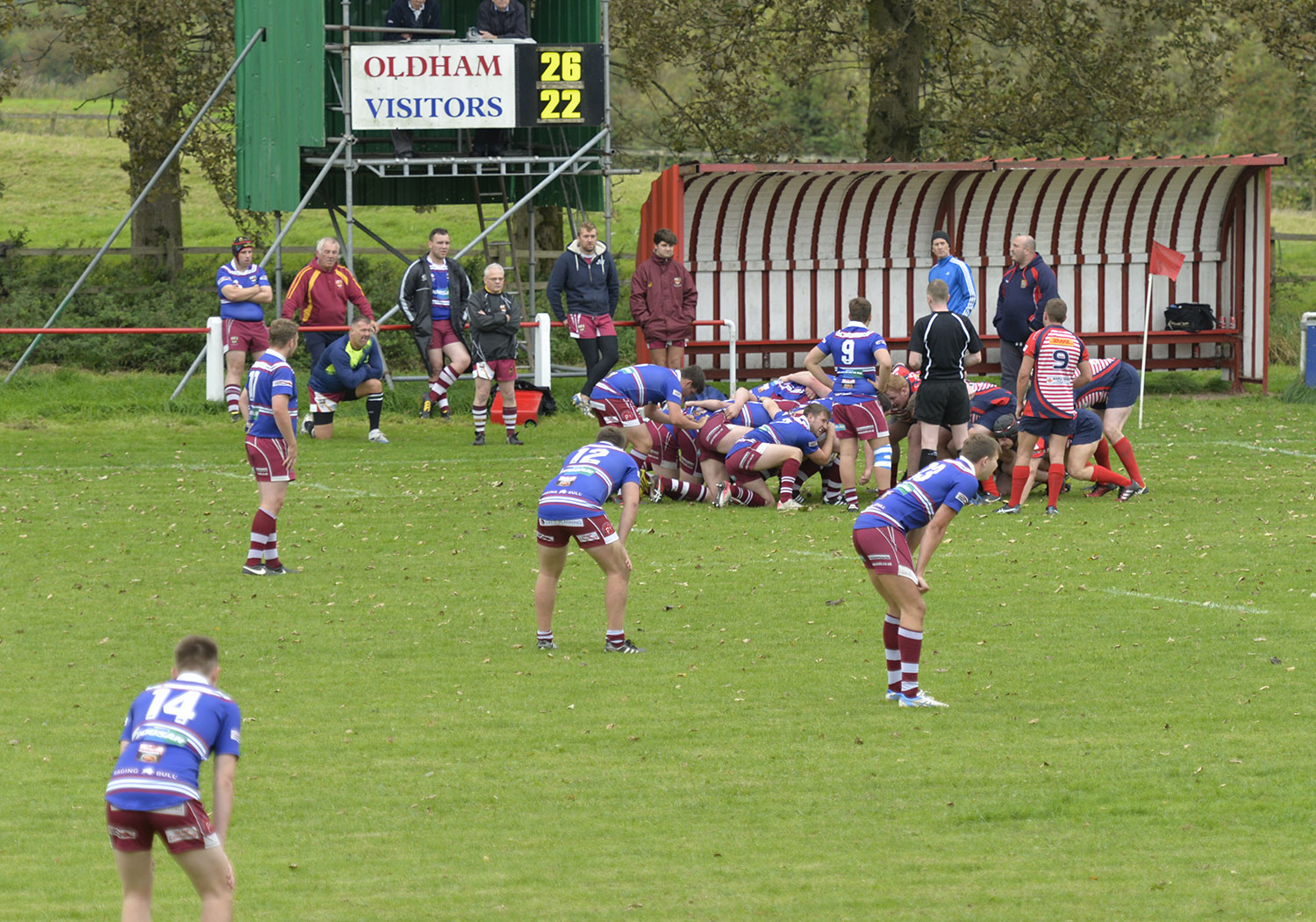 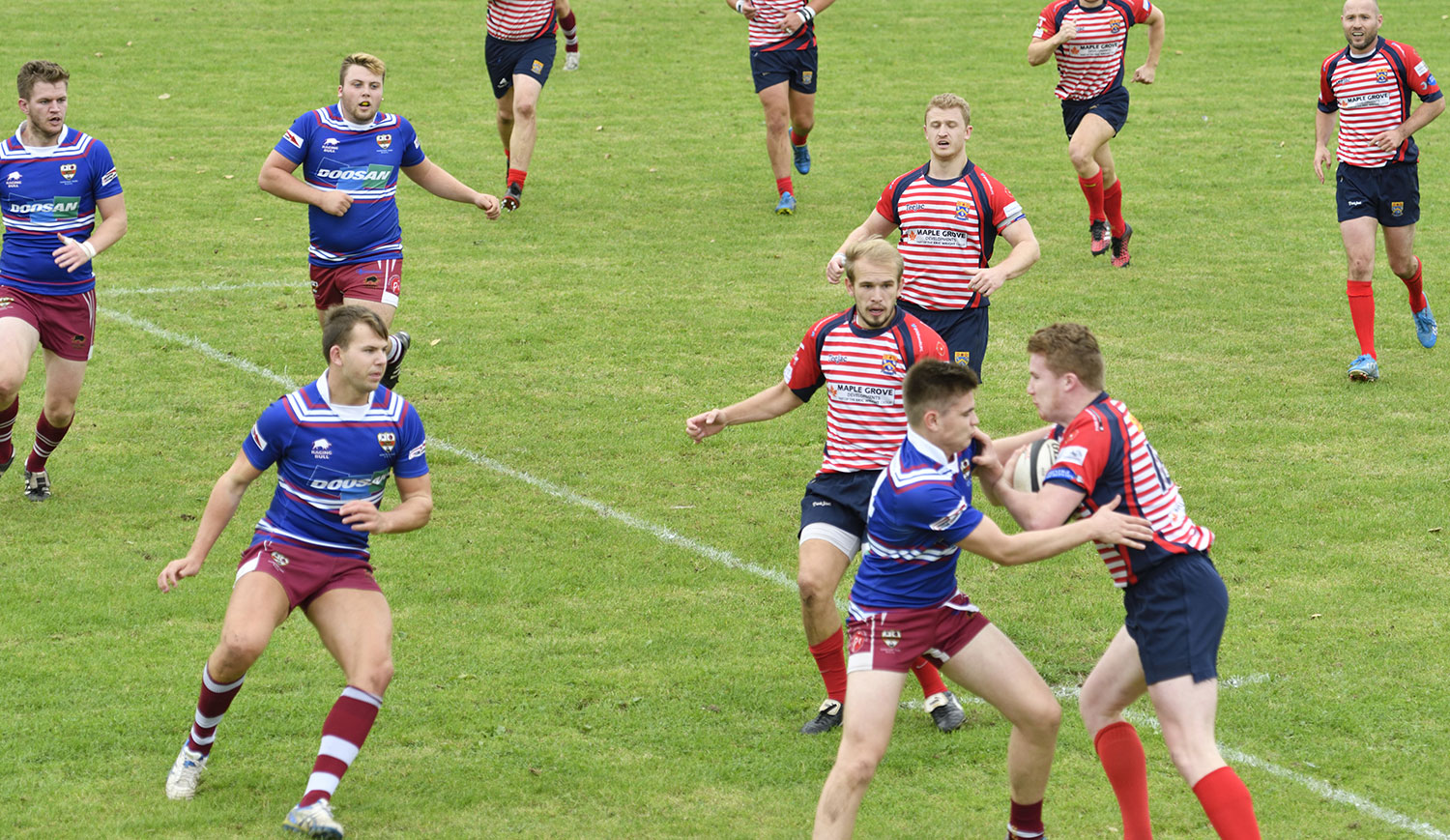 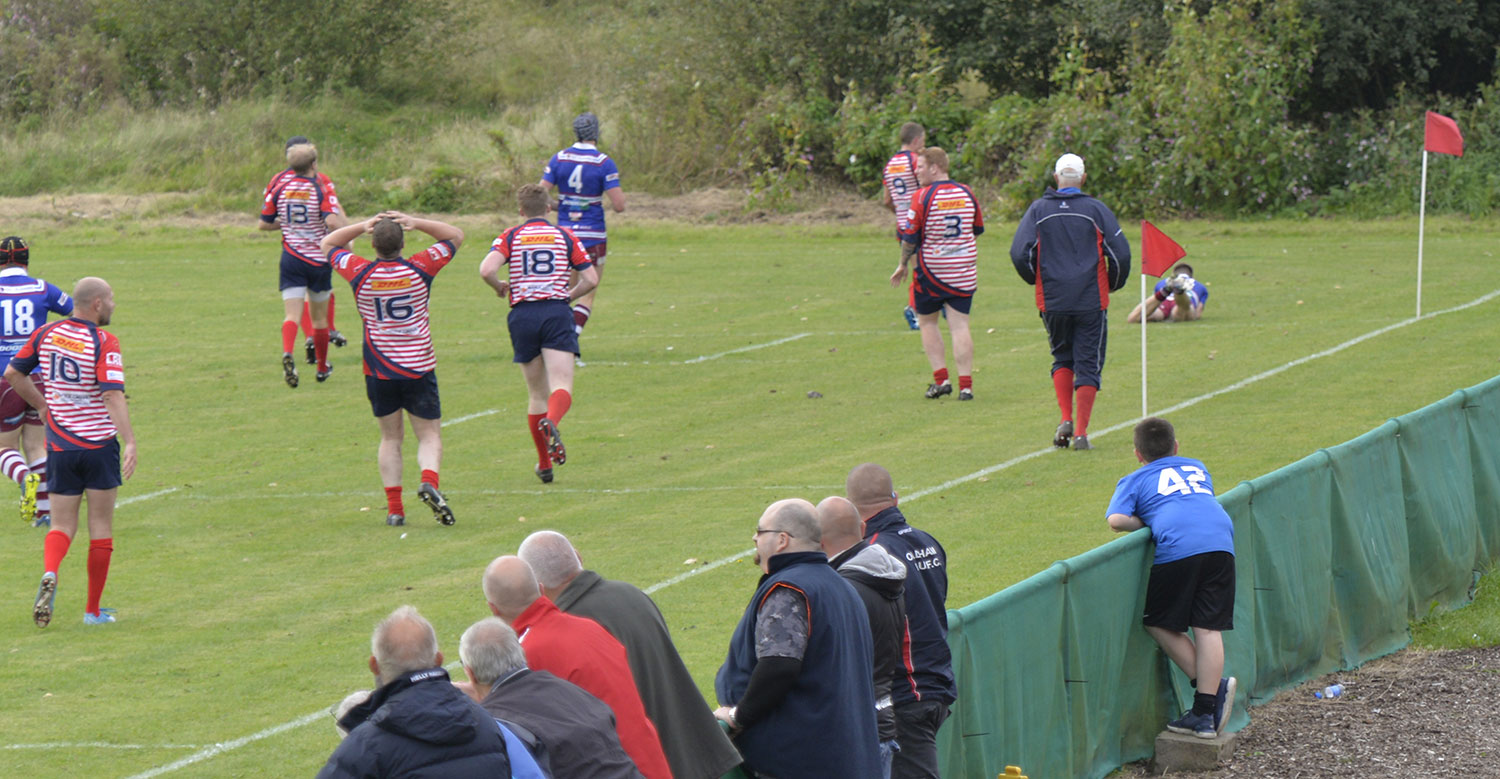 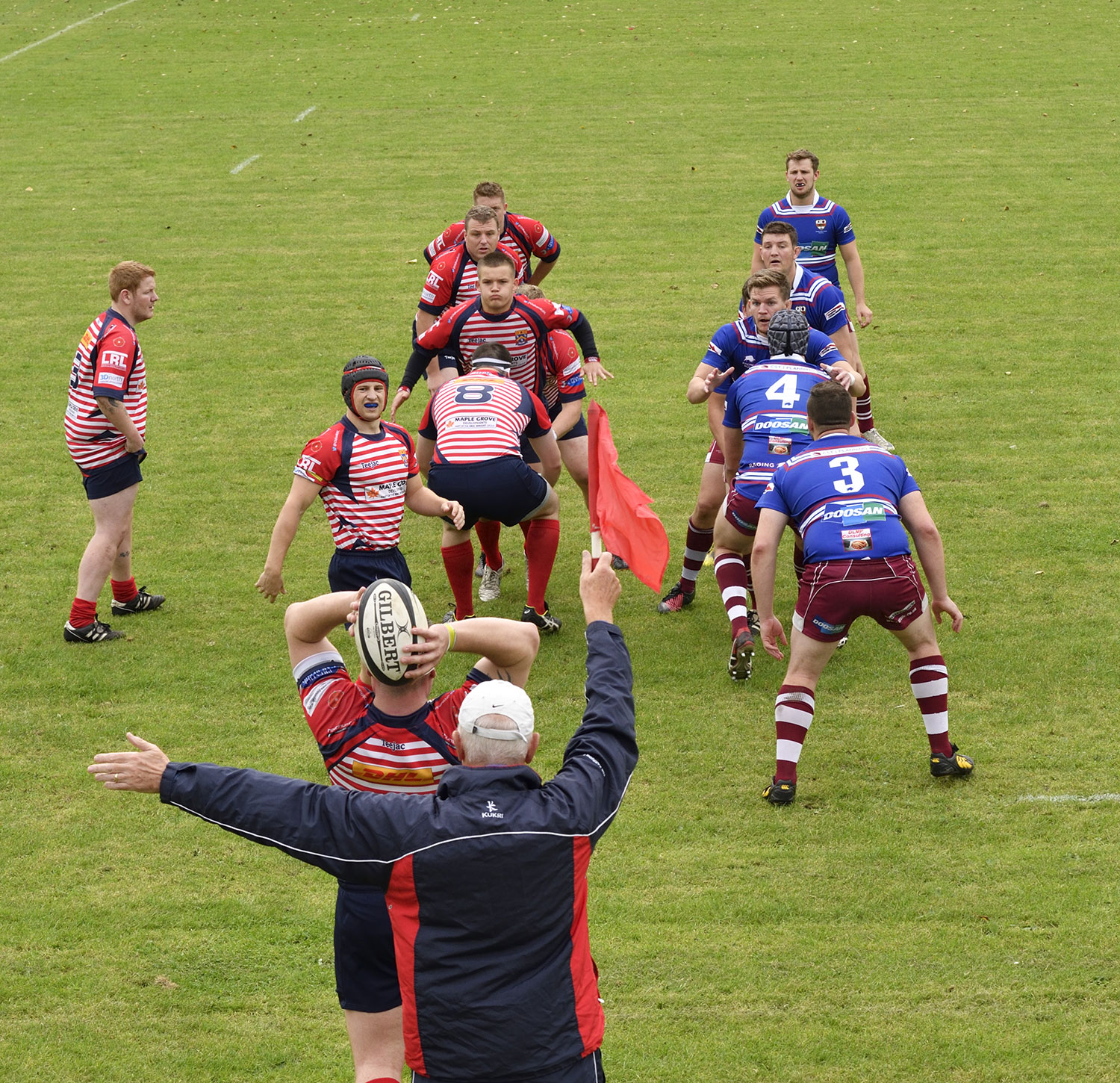 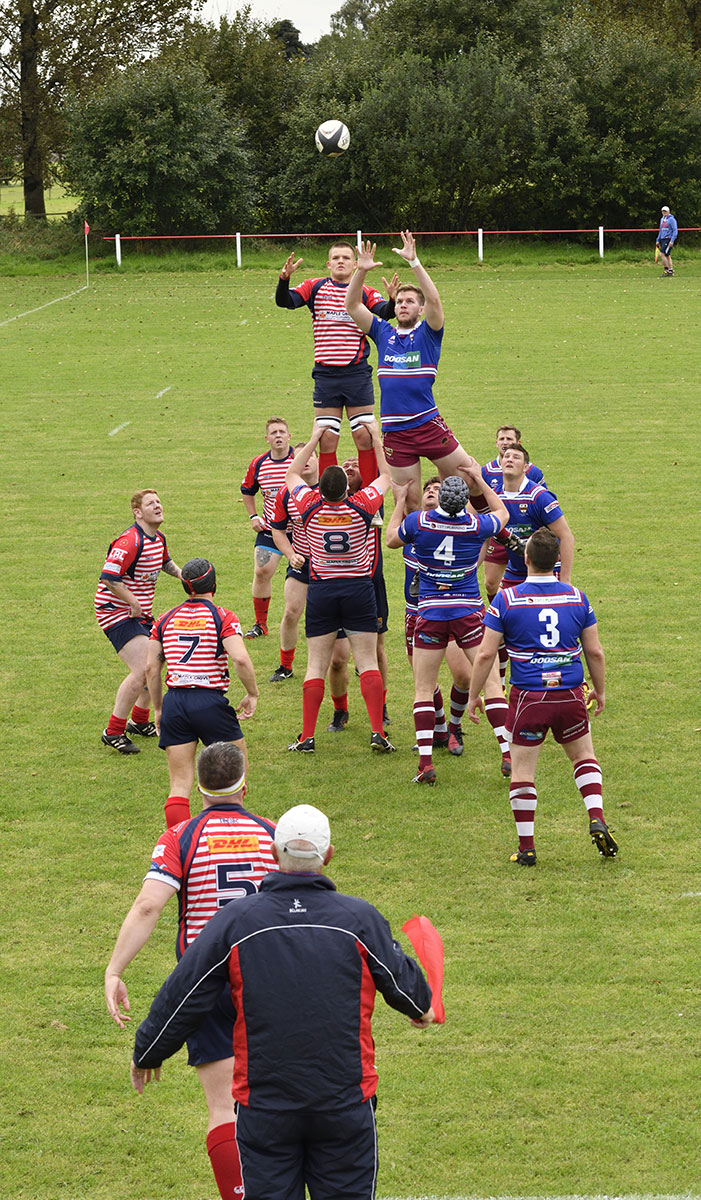 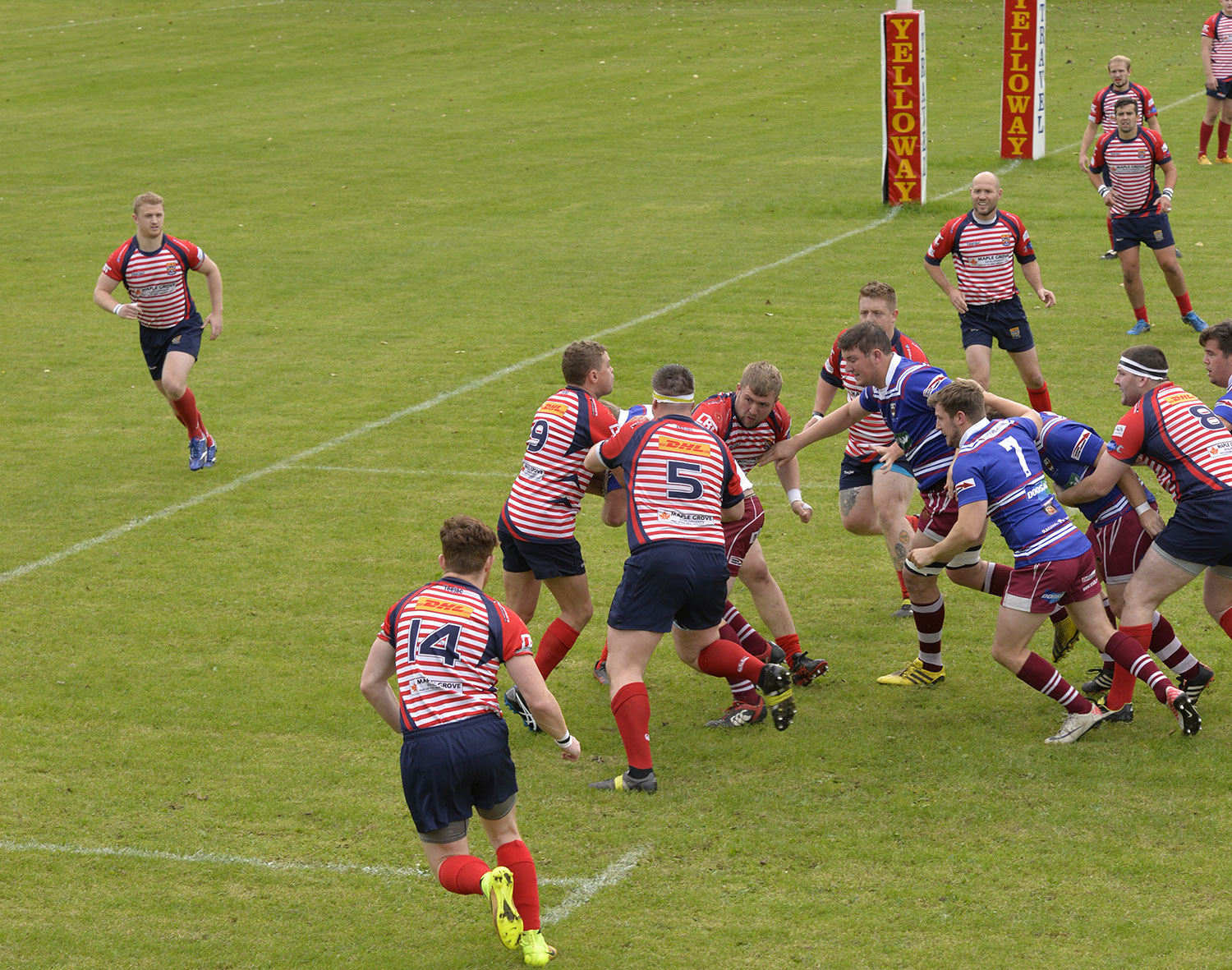 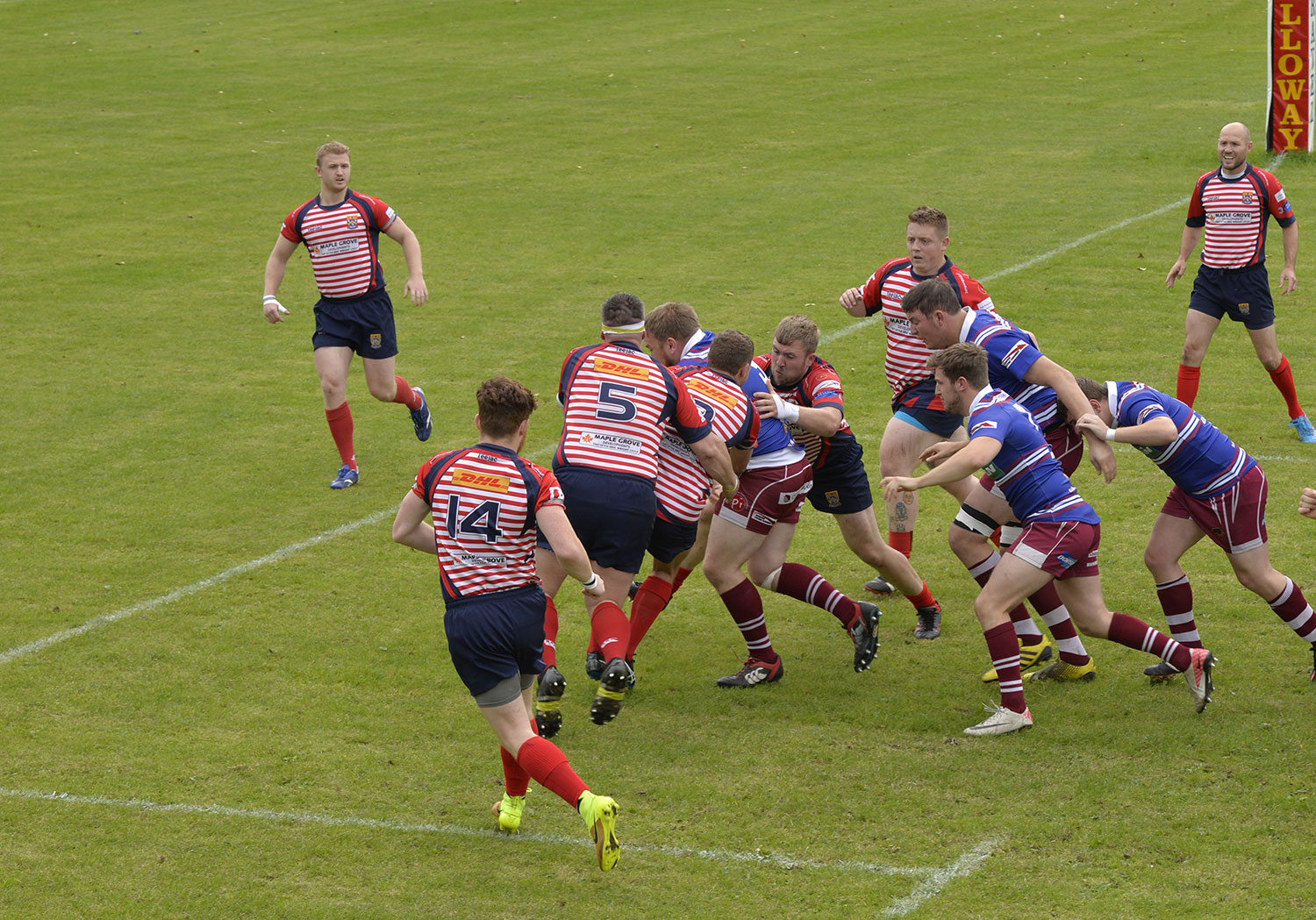 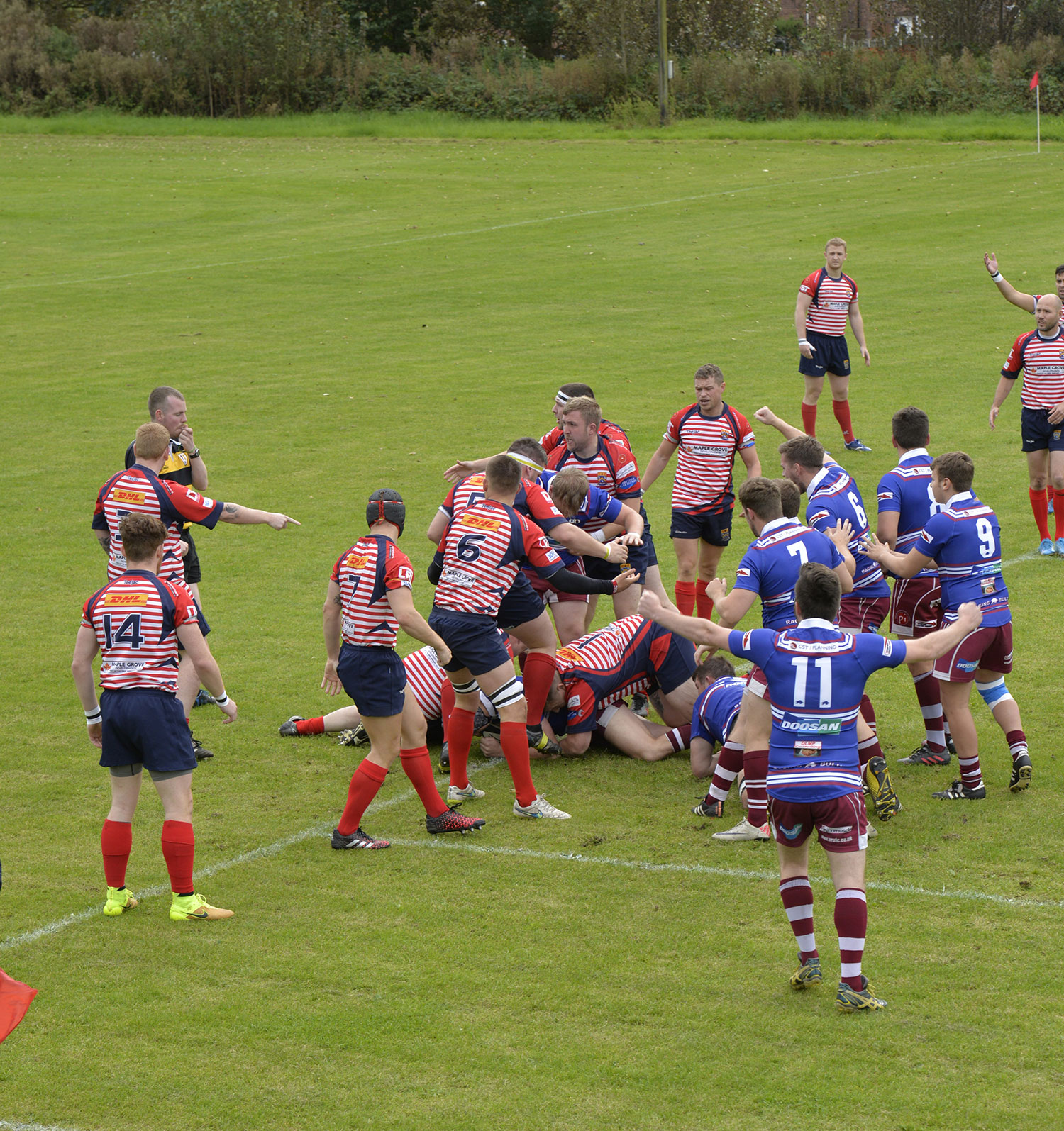 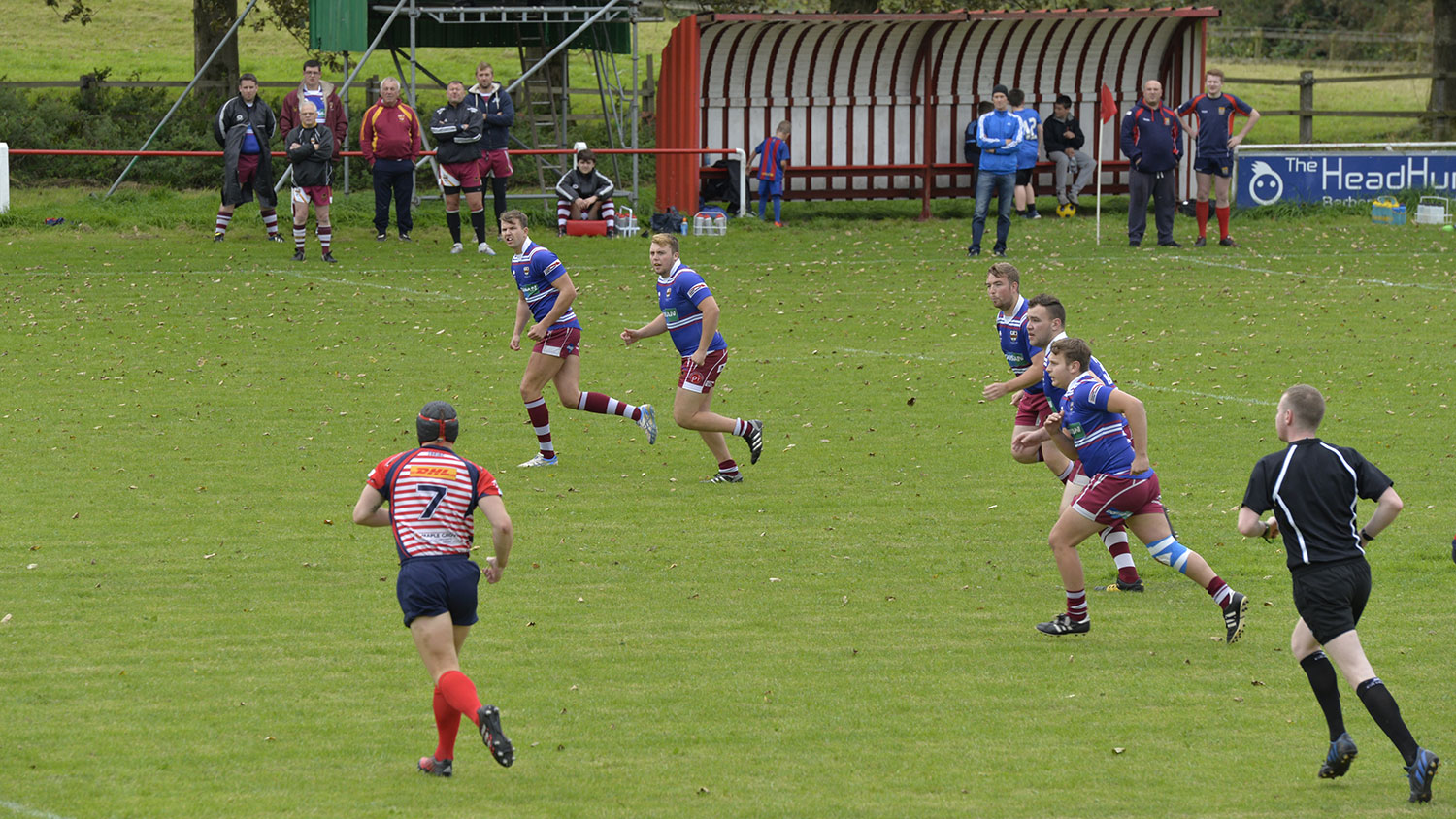 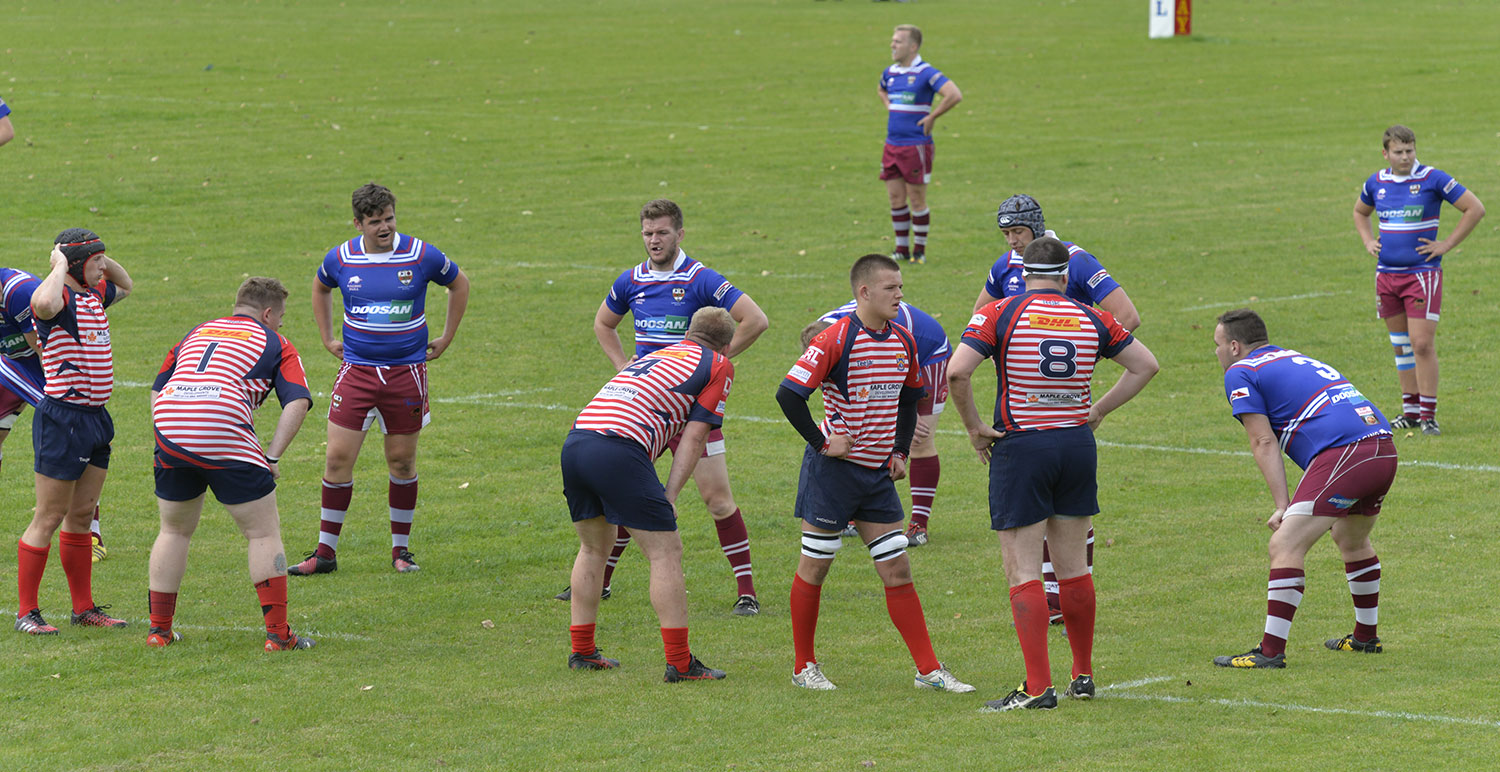