In a much improved performance against a strong Bolton side, this last game summed up many other games in the remainder of the season when Bolton scored a try with the last play of the game to secure victory in what had been an exciting close game for any neutral to watch, the result which could have gone either way throughout.

We started the game well on a good day for rugby apart from a stiff breeze and on a perfect pitch which was a credit to hard work put in by Nobby Clarke, Lee and their small team of volunteers.

The returning Mike Lightfoot was orchestrating the line out play and it was clear from early on this was an area of play we were going to dominate.  On the back of this and some good forward drives and retaining the ball going through the phases we applied some good early pressure.  Ten minutes into the game we took the lead when the players players of the year for the second season in succession, Will Mallinson, forced his way over from close range.  The conversion just missed 5 – 0.

As to be expected Bolton came back into the game.  Their powerful pack had an advantage in the early scrums and it as clear when moving the ball out wide they had pacey backs.  In particular their centre was proving to be a handful with his strong balanced running style and from one of his runs his fellow centre scored Boltons first try which was well converted by their fly-half, 5 – 7.

Starting to make use of their wind advantage Bolton started to crank up the pressure and our defence had to be strong to keep them out, tenacious scrum half Anthony Munday and hard working prop Andy Kent made timely tackles but it was a team effort that just about managed to keep them at bay during this spell.

Thirty minutes Bolton extended their lead but it came from a lost ball when we were attacking in the Bolton half.  The ball was snapped up by the classy Bolton scrum half, he showed good pace to slice through our defence to score a 60 metre individual try again converted by their fly-half 5 – 14.

Before half-time Bolton created an overlap with a good handling move and looked to be heading for a certain try but good cover tackling by Chris Burns and winger Rob Shepherd just about managed to keep them out.  Half time 5 – 14.

Just like the first half we started the second half well with fly-half James Howden making use of the wind advantage.  However, another loose carry meant the ball was snapped up and good handling and support play put the Bolton prop into space for a 20 metre run to the line, 5 – 19.

For the next 20 minutes or so we had a really good spell mainly on the back of a dominance in our line out play and driving maul which Bolton were struggling to counter.

Four trys were scored in this period.  The first came when hooker Adam Grainger took a quick penalty tap to force his way over 10 – 19.  Soon after following a strong run by centre Burns hardworking scrum half Munday got his hands on the ball and showed good strength to force his way over.  George Smith’s conversion attempt hit the post, 15 – 19.  We regained the lead when following good work by Grady Slater and winger Will Coles and a line out drive from the resulting penalty it was fly-half James Howden who joined the maul and force his way over.  Smith slotted over a good conversion, 22 – 19.

Second row Ashley Mowat was having an outstanding game and was at the heart of all that was good in the maroon and whites play.  He deservedly collected our last try finishing off good work by his fellow second row Callum Ramsay another top performer.  Once again Smith booted over the conversion, 29 – 19.

As to be expected from a good side Bolton were not to give up and as the game approached its final stages adopted a run everything approach which was to ultimately prove successful.  First their back row forced his way over for a converted try 29 – 26, before fittingly their outstanding scrum-half was to collect his second try to snatch the lead for Bolton.  Once the conversion was booted over there was not the time to even restart the game.

Not for the first time this season we have seen a lead lost at the end of the game although this was a good performance we just seem to lack the nonce to see out a game for the win.

After last season, a mid table finishing position in this competitive North Lancs/Cumbria league would have been accepted, however, after the great start to the season the period since Christmas has been disappointing for all involved and will need to have to be reversed for next season.

The game was used to thank all the clubs sponsors for all their generous support throughout the season.  For this game the match ball sponsor was Steve Johnson’s Jefferson Hotel and as for every home game Shepherd’s Butchers on Harrogate Street kindly provided a platter of their quality meat as a raffle prize.  The club would like to thank these two local businesses and all their sponsors for all their generosity which is greatly appreciated. 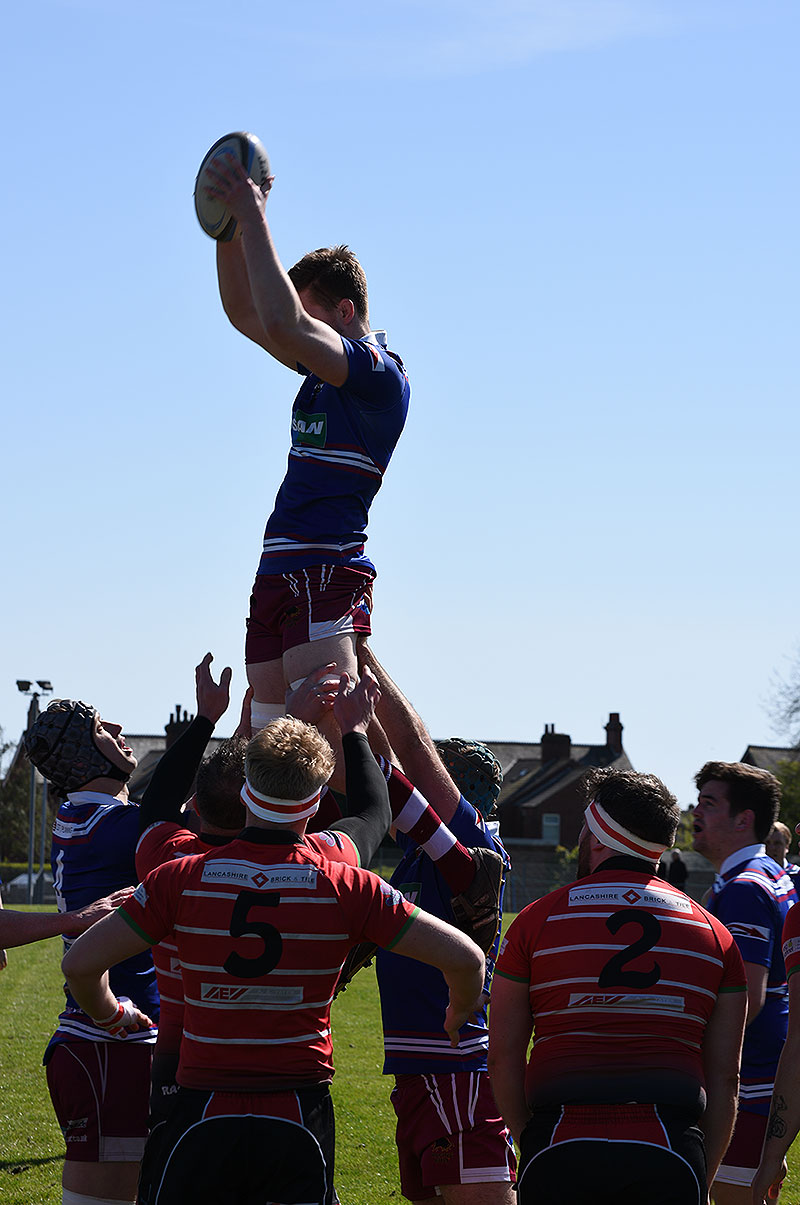 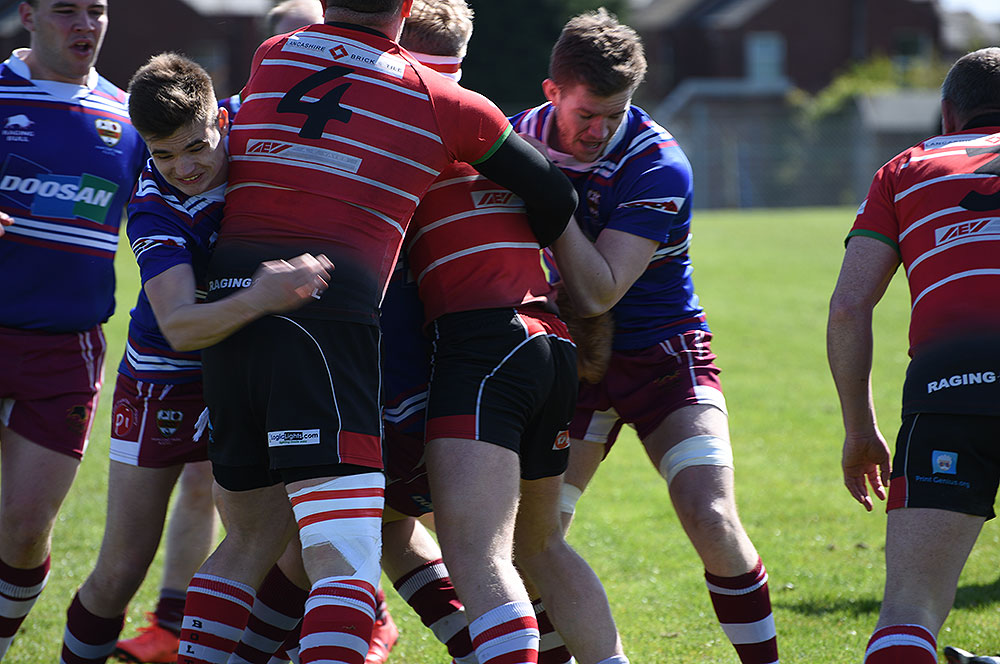 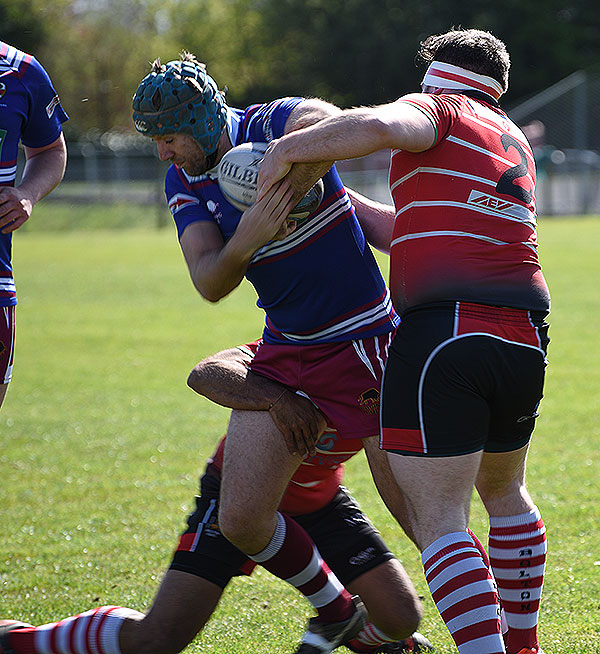 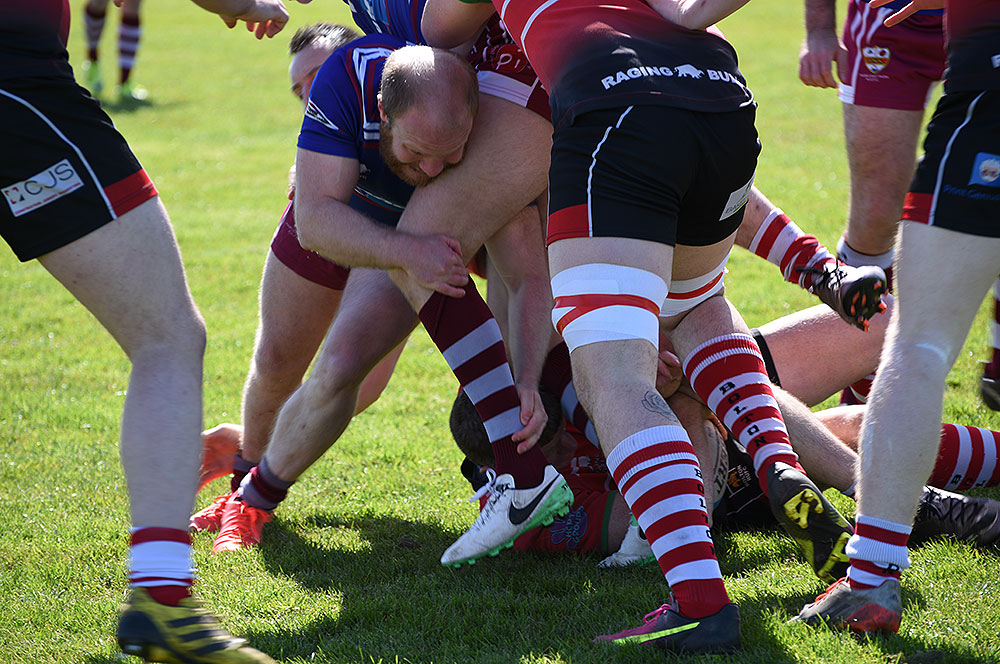 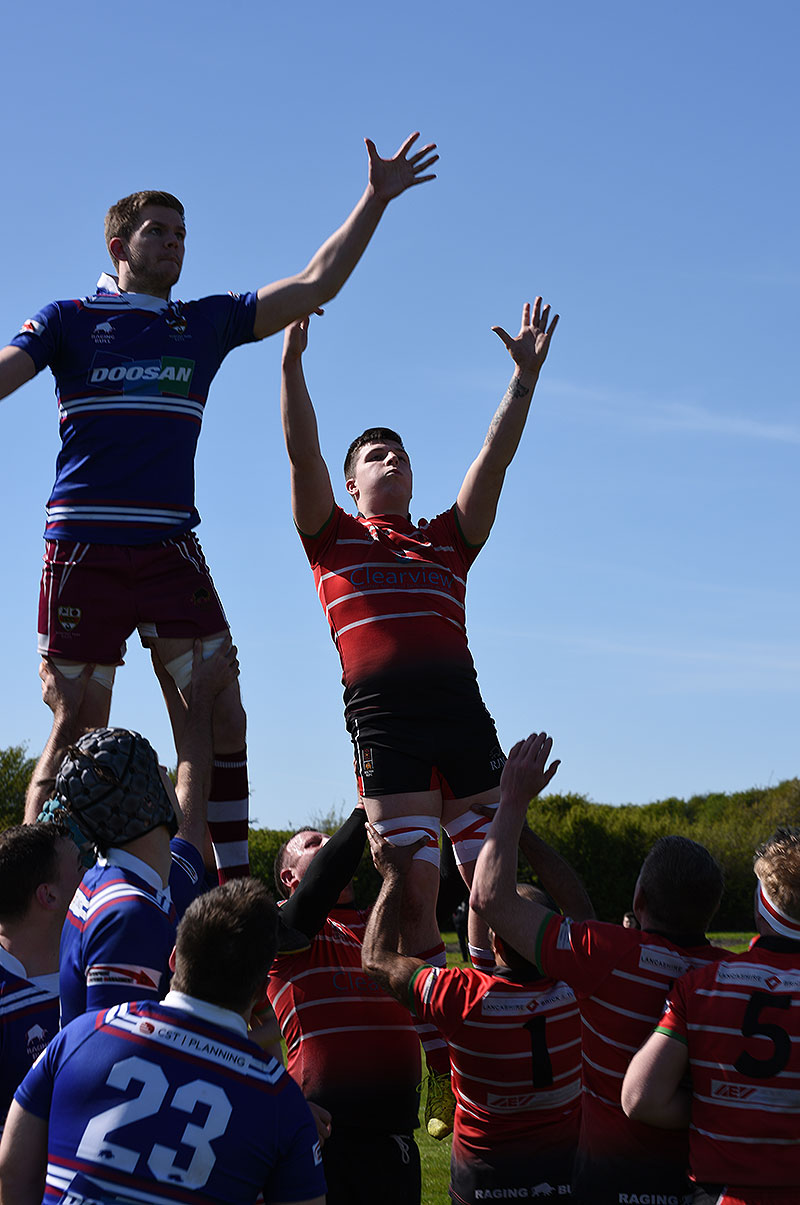 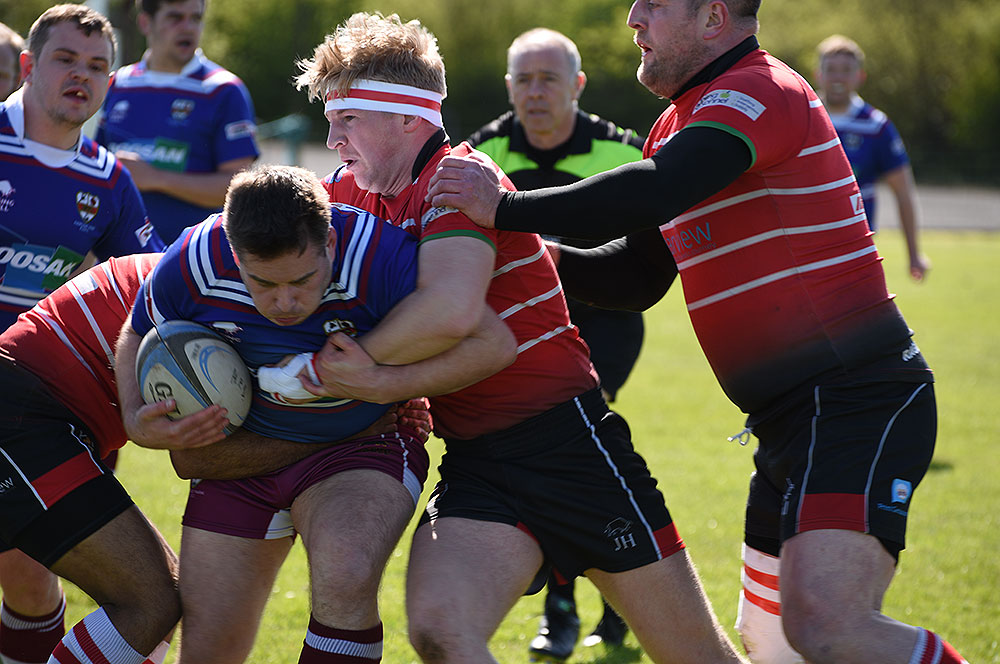 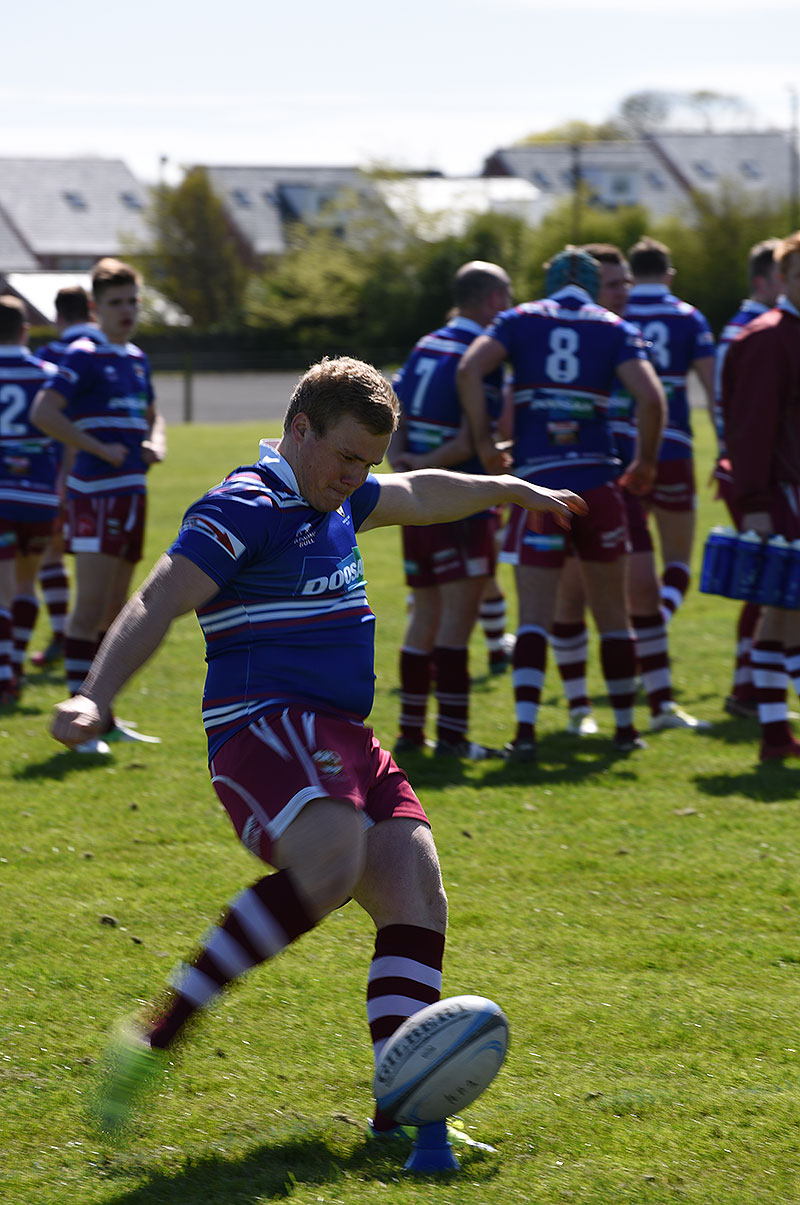 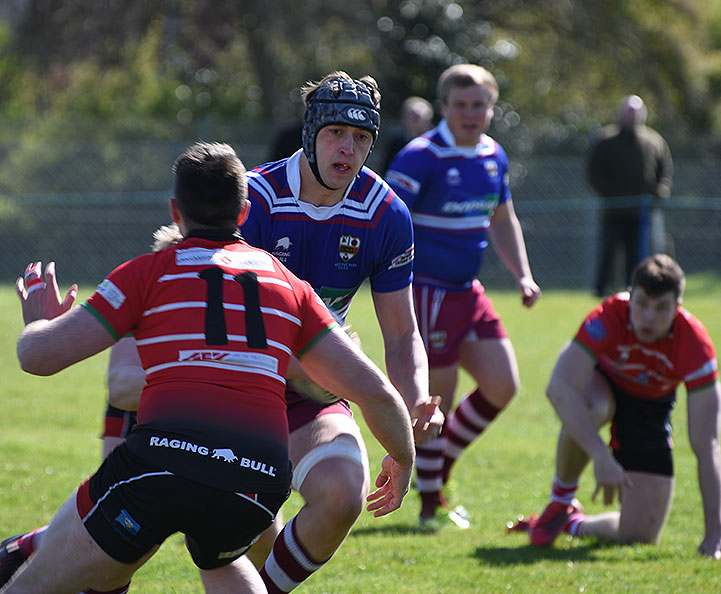 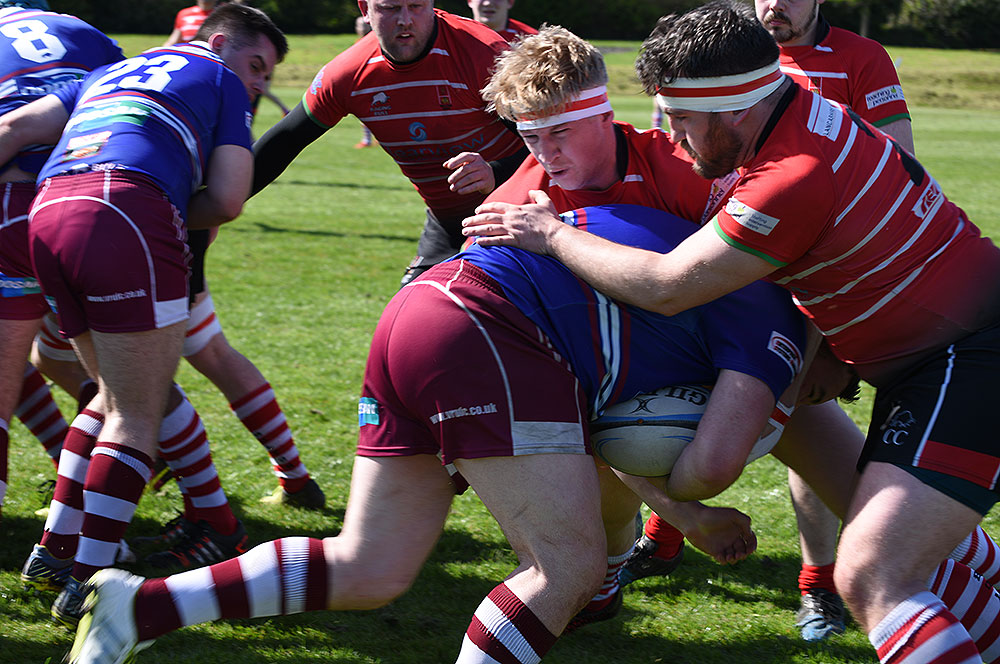 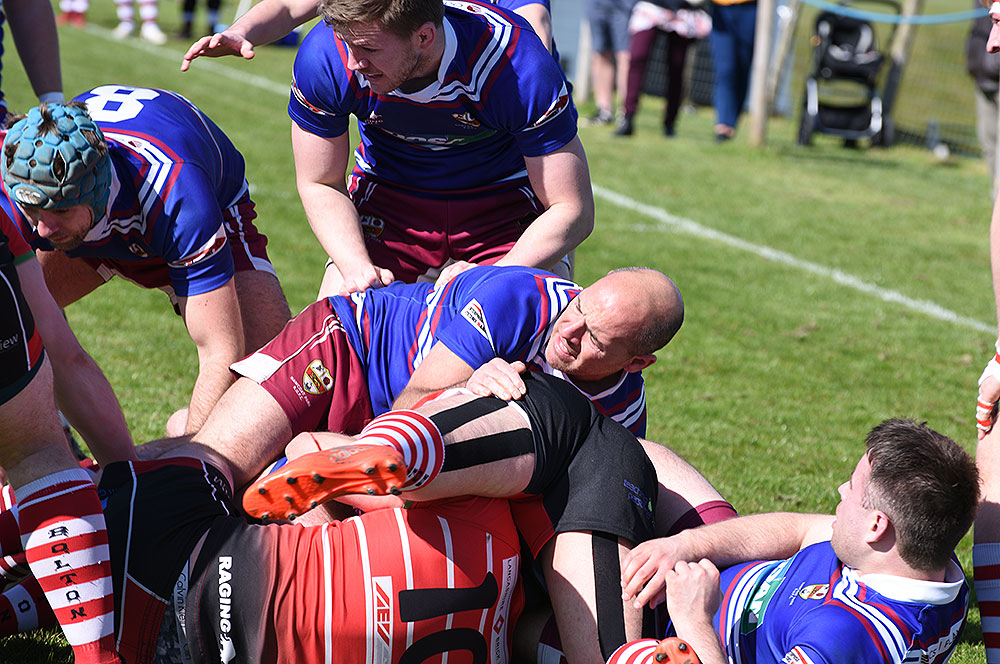 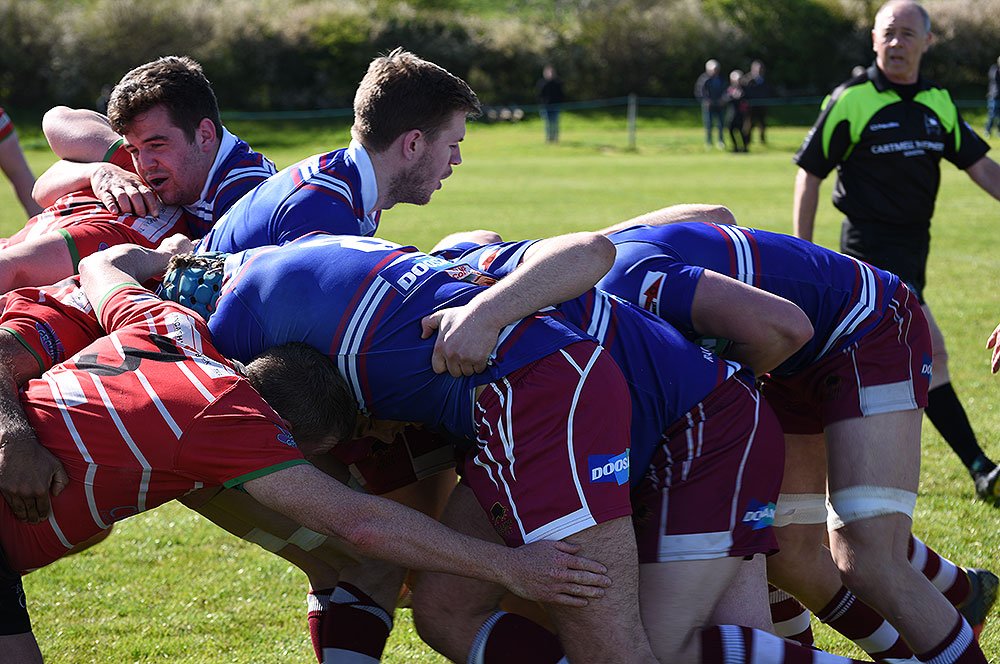 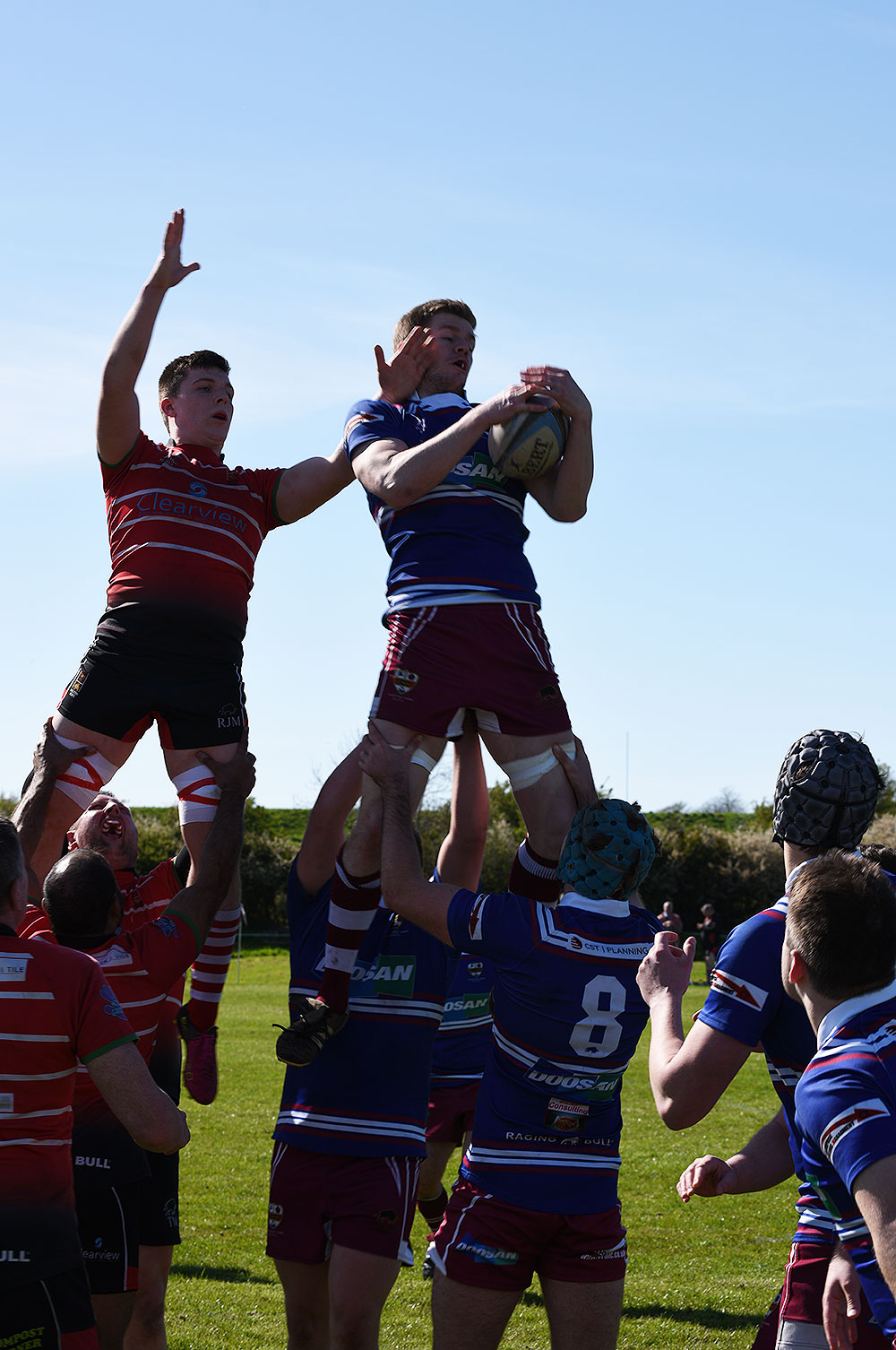 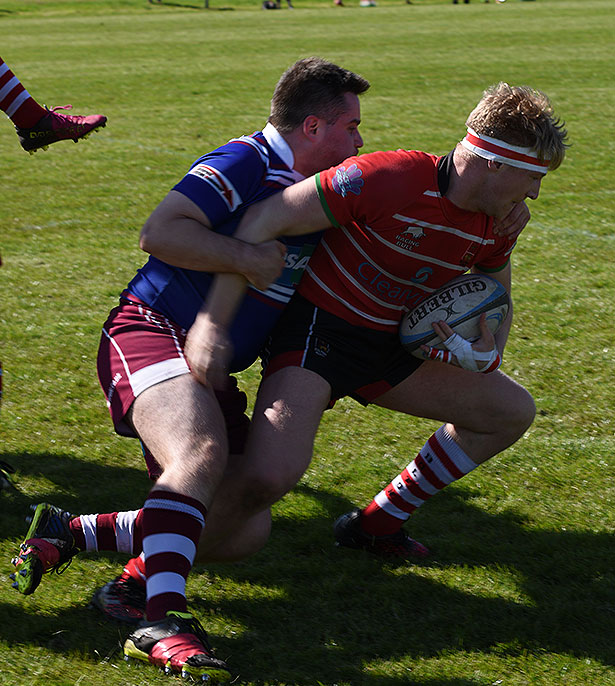 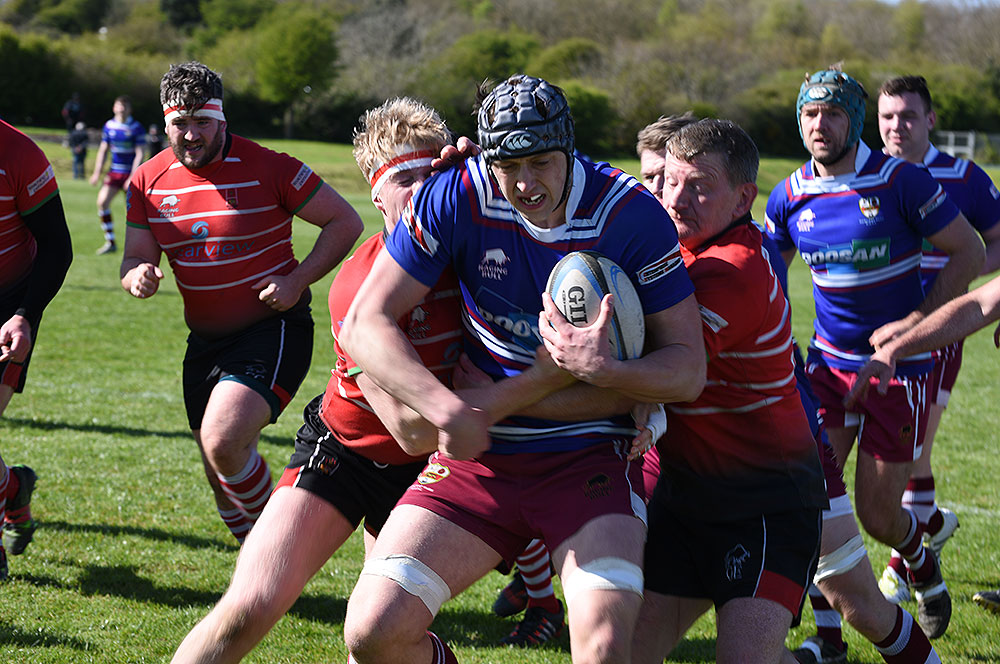 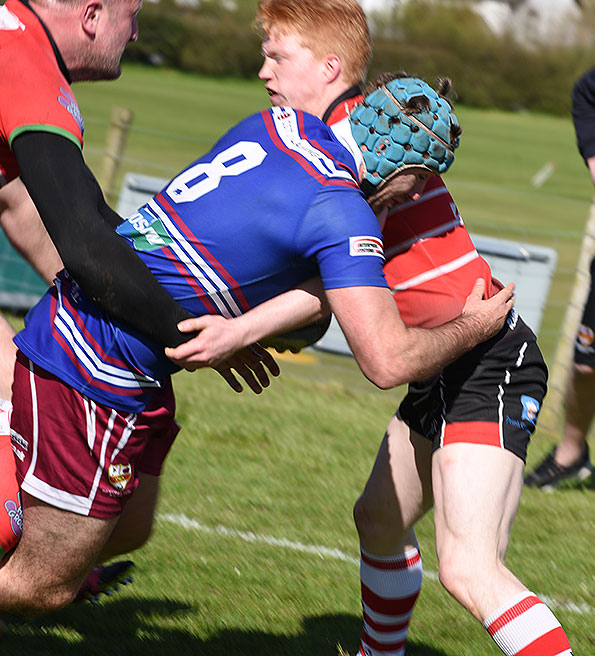 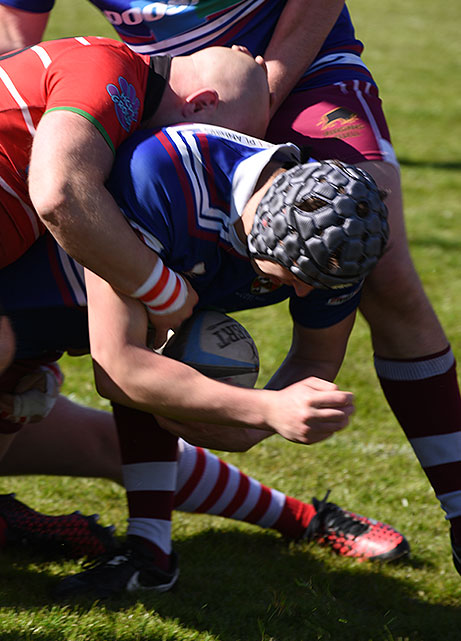 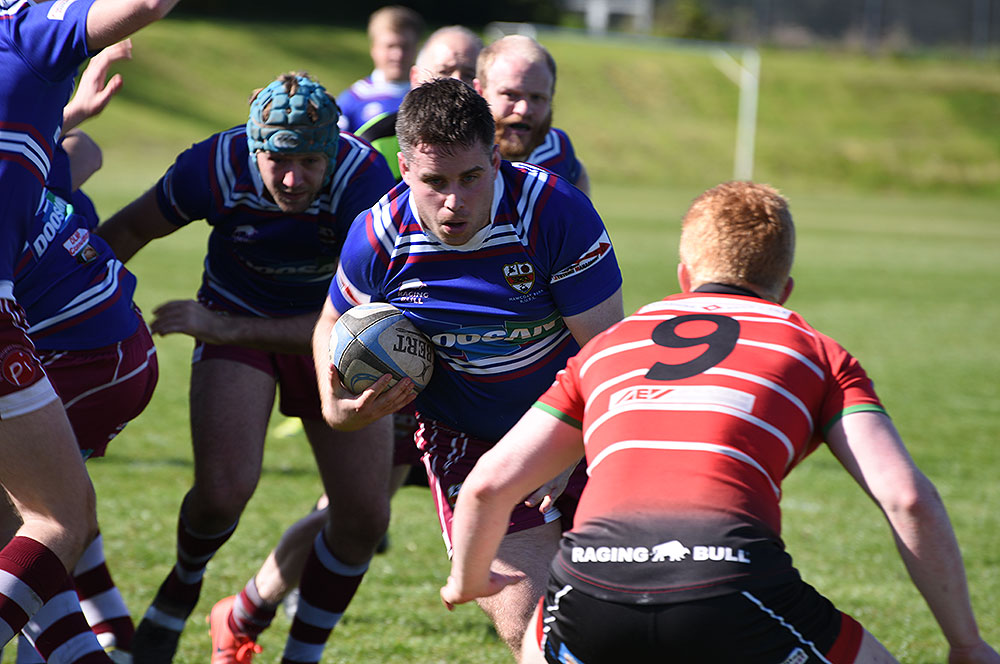 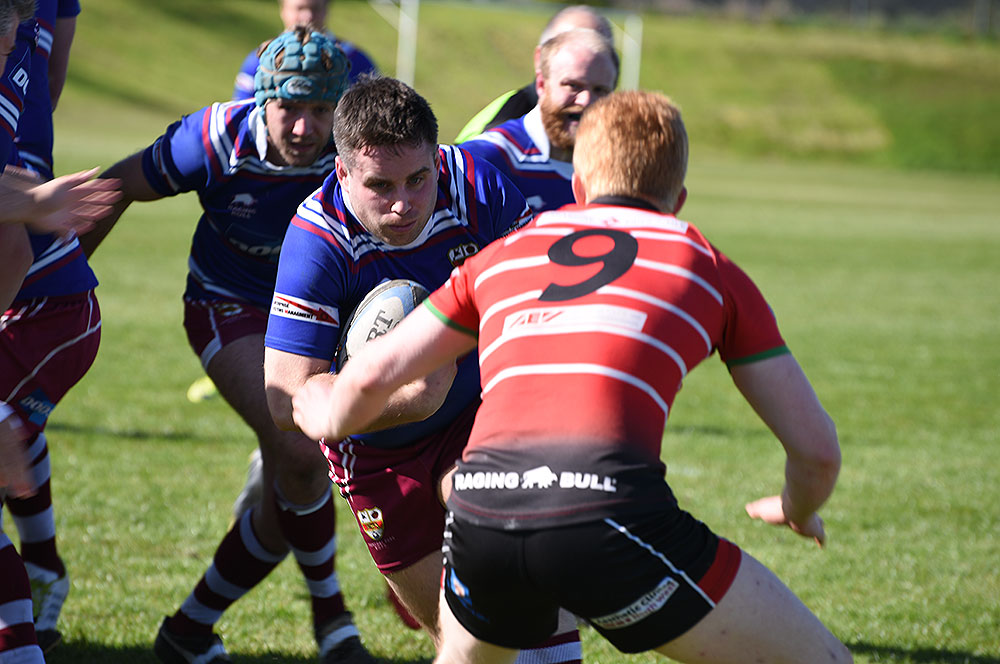 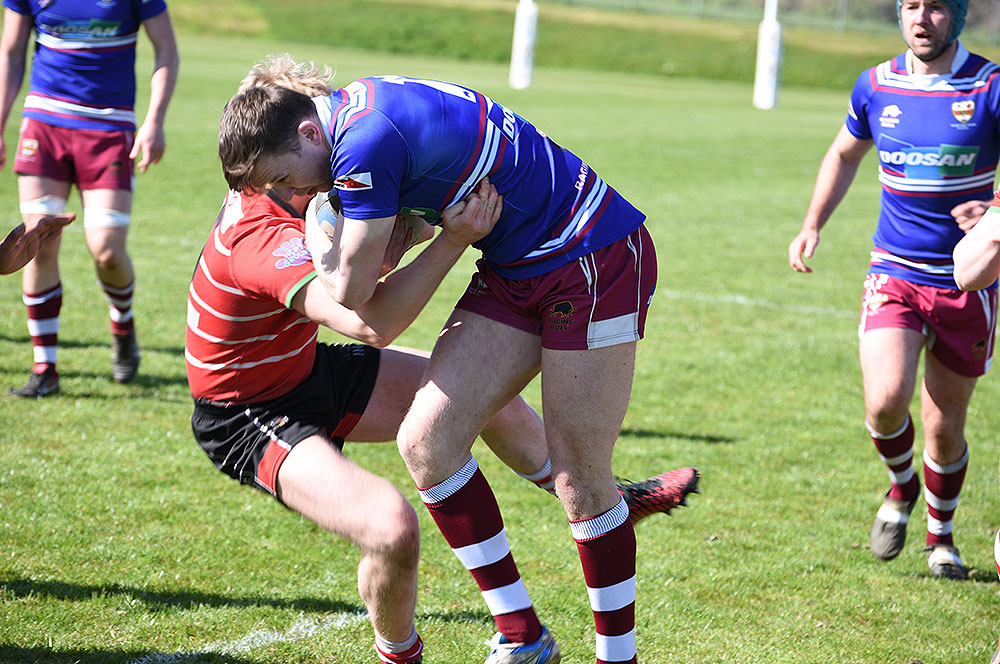 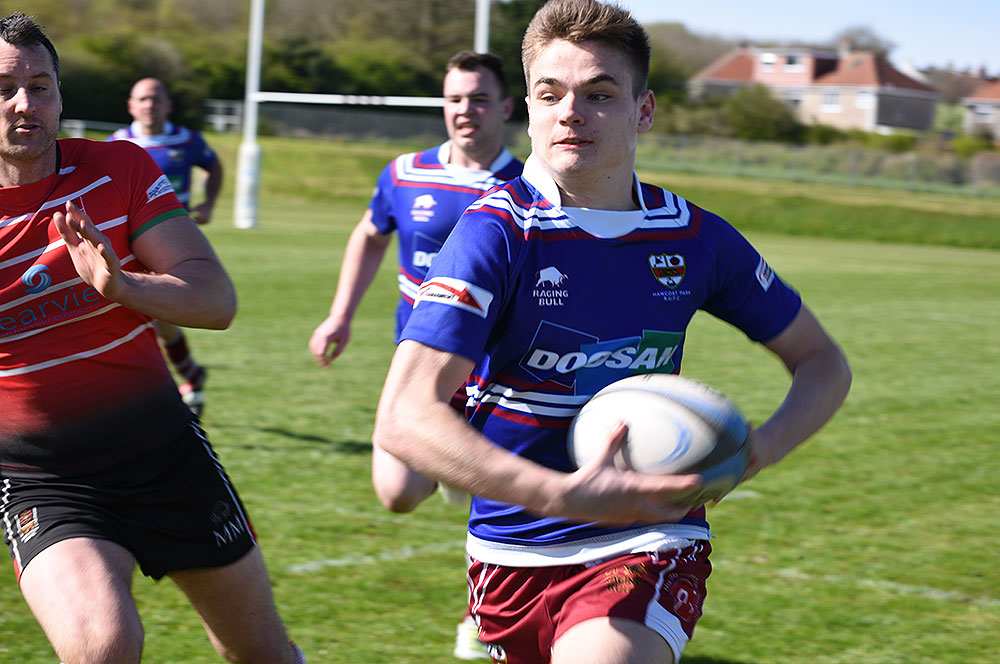 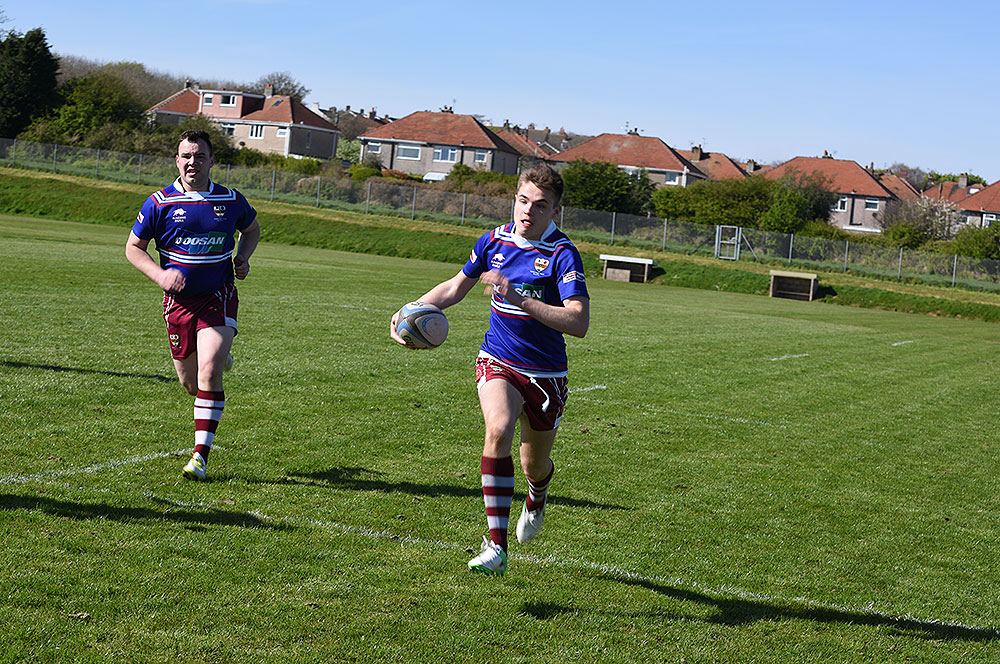 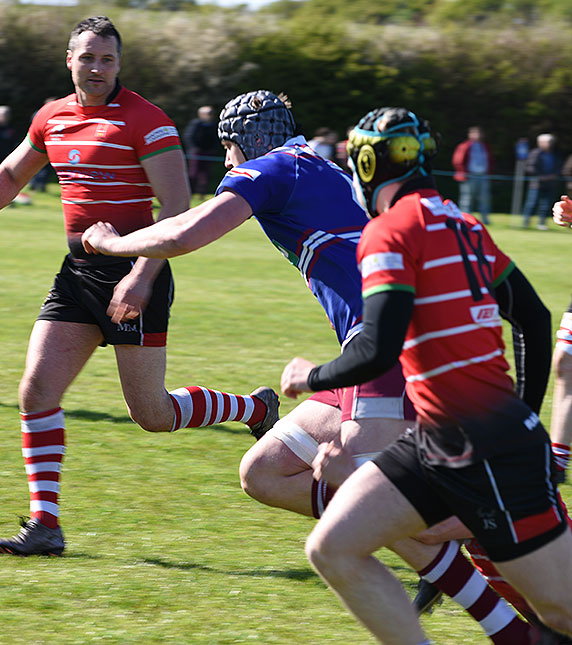 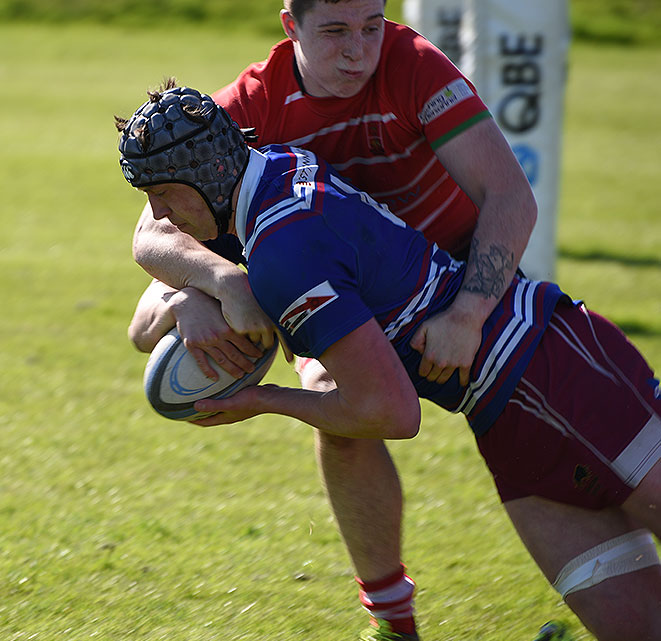 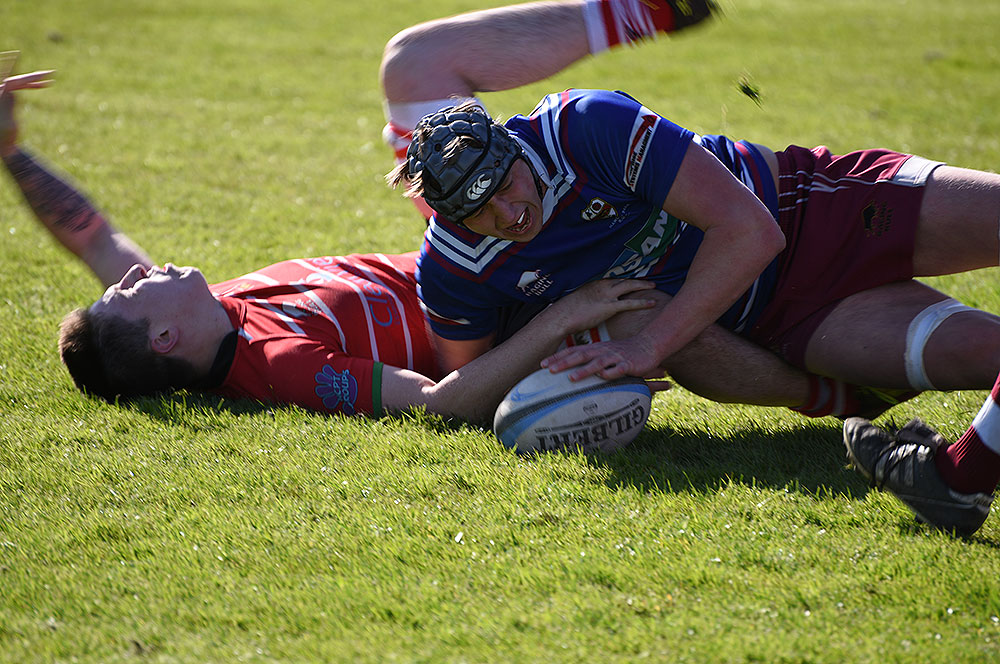 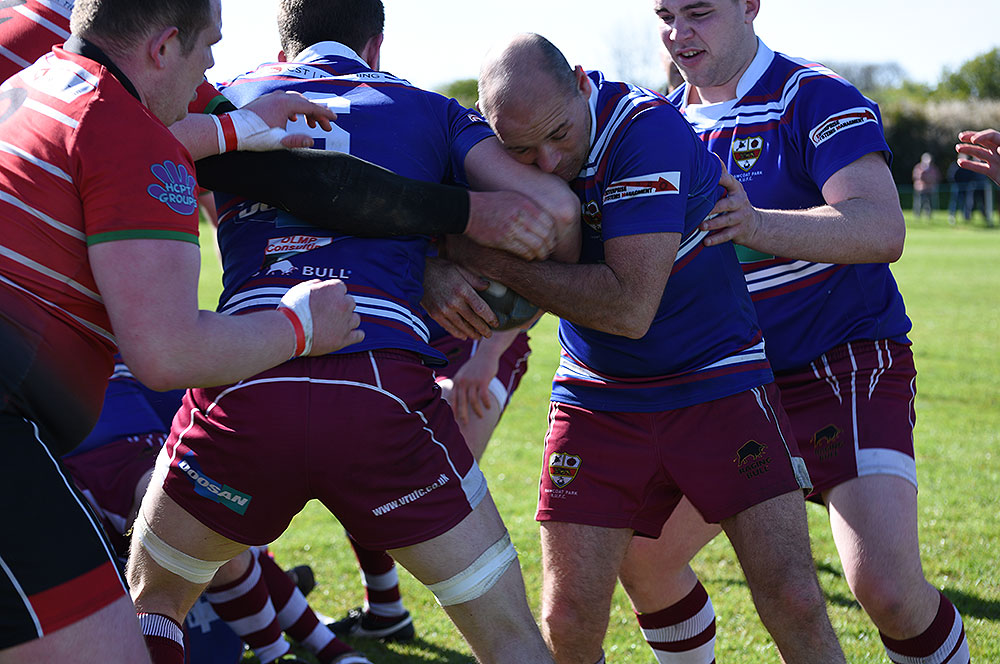 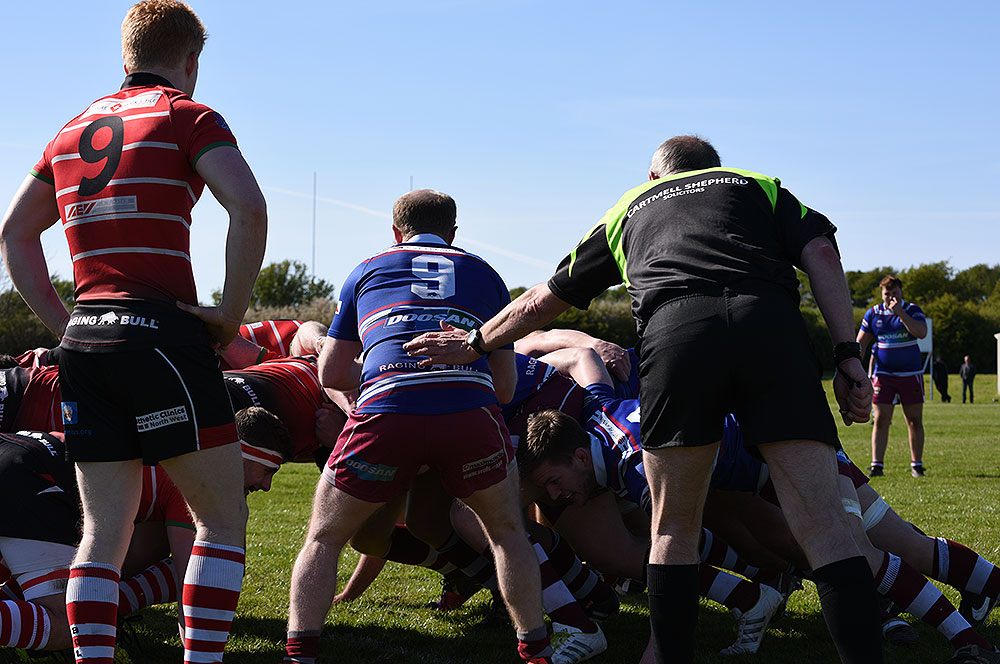